On Balancing Your Fitness Goals with Life Experiences Can you have the best of both worlds?

I PROMISED MYSELF THAT I WOULD STAY ON TRACK, that I wouldn’t let being away from home and plucked out of my daily routine derail me. Along with my workout clothes and running shoes, I also packed a three-week supply of protein powder to help me stick to my healthy-eating plan and stave off temptation. But, as I walked through New Haven that June evening chatting with a new friend and scooping spoonful after spoonful of vanilla soft-serve into my gaping maw (for the third night in a row), I realized I had failed.

While I wasn’t away on a typical vacation – rather, I was attending a two-and-a-half-week writers’ conference at Yale University – I still succumbed to the pitfalls of a vacation state of mind. I stayed in the dorm, which meant there was no fridge stocked with fruits, veggies and a Brita filter like the one at home. I was reliant on dining hall food, which gave me zero control in terms of how items were cooked. Because I was with fellow conference attendees, meals out were great opportunities to socialize – which became more and more frequent as the dining-hall lifestyle lost its luster. I drank more wine and less water than I do at home. Rather than choosing a fruit or veggie plate at the tasty little Belgian restaurant we found near campus, I opted instead for their indulgent croque-monsieur or famous waffles. I worked out on the first day, marveling at Yale’s state-of-the-art gym facilities and assuring myself I’d make time every day to hop on the elliptical. But as the conference got going and my schedule became jammed with writing workshops, guest lectures, homework, and myriad other events, I struggled to find the time. Well, maybe struggle is a slight exaggeration. There was plenty of downtime, but I chose to spend it in a more social manner. Surprisingly, chatting over coffee in one of Yale’s picturesque courtyards proved more appealing than sweating my butt off in the gym.

The only thing I had going for me was that I walked – a lot. On average, I walked about seven miles a day. But we weren’t exactly speed-walking. These walks were really just leisurely strolls; strolls among Yale’s Gothic architecture, up and down tree-lined streets to gawk at the historic mansions that surround campus, and strolls to generally avoid the claustrophobic confines of our tiny dorm rooms. Sure, I worked up a sweat, but that was more a reflection of this LA girl’s adjustment to New England humidity than an indication of cardiovascular activity.

And then, about a week in, it settled over me – the flab-induced guilt. My arms and legs felt squishier than before, my face looked puffier, and my butt seemed droopier. I spent the next couple days mentally chewing on this. Every time I looked in the mirror, I became angry with myself. Each time I ate something I knew I shouldn’t, I mentally kicked myself. But that’s all I did – I didn’t get my booty to the gym or say “no, thank you” when a waiter asked if I wanted to see the dessert menu. I was enjoying myself, my temporary home, and my new companions too much. And that’s when I decided to just lean in a little. Don’t get me wrong — I didn’t give myself carte blanche to go crazy and eat everything in sight, but I granted myself permission to stop worrying for the duration of my trip. I could take care of any extra pounds once I got home and returned to life as usual.

For those of us who are conscientious about our weight and physique – whether it’s motivated by health or vanity – slipping out of our routine can often have more mental impacts than physical. For me, staying on top of my diet and exercise provides me with self-confidence, a sense of control, and overall sanity. Breaking my diet and skipping a few workouts doesn’t really affect my overall physique, but it greatly influences my state of mind. It feels like a slippery slope; iif I take one step down it, I’ll end up tumbling and spiraling out of control. I’ve realized, however, that this is not only silly, but also limits me from fully experiencing certain situations.

For instance, I came away from my time at Yale with a couple new friends – girls who I really bonded with and got to know. Girls I will possibly have in my life, in one way or another, forever. But if I’d chosen the gym over those afternoon glasses of wine or impromptu chats while strolling through New Haven, these friends might never have become anything more than casual acquaintances. And this would have drastically diminished my overall Yale experience and its worthwhileness.

With a little coaxing, I am fairly adept at breaking my diet and exercise routine when away from home – especially when properly motivated by new restaurants and social opportunities. While it does cause me some level of stress and guilt, I typically come to the conclusion that embracing opportunity trumps my daily exercise goal. My attitude of “I’ll deal with it when I get home” allowed me to mentally free myself and say “yes” to that second glass of wine and world-famous bread pudding. It allowed me to forego gym time in exchange for long conversations with fascinating people and the chance to make new friends. And it allowed me to fully enjoy and appreciate the entirety of my time at Yale and all the experiences it entailed.

And it didn’t hurt that once I got home and readied myself to deal with the consequences of my decisions, I’d only gained one pound. I guess all that walking did help. 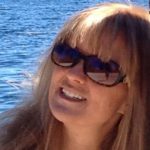 View all posts by Lindy Kirk