Celebs Back Equality in Open Letter to World Leaders IT LOOKS LIKE MORE AND MORE CELEBRITIES EACH DAY are feeling comfortable speaking up about the fact that, when it comes to equal rights for the sexes, we’re still pretty much living in the Dark Ages. Charlize Theron, Oprah, and Mary J. Blige are among the latest stars calling for gender equality around the world.

An open letter written to world leaders, organized by the ONE Campaign ahead of International Women’s Day on March 8th, was released this past Sunday.

It highlights some disturbing facts. According to statistics cited in the letter, 155 countries have laws that discriminate against women, 500 million women worldwide can’t read, and 62 million young girls around the globe are denied the right to education.

“Nowhere on earth do women have as many opportunities as men. Nowhere,” the letter reads. “While the debate around this truth rages everywhere, girls and women living in extreme poverty — those often hardest hit by the injustice of gender inequality — have been left out of the conversation. This must change. The fight for gender equity is global.”

The letter accompanies a report from the ONE Campaign, co-founded by U2 rocker Bono, which found that west Africa’s Niger had topped their list of the countries it’s the “toughest” to be born a girl in.

According to the report, entitled Poverty Is Sexist, women in the country have significantly less rights than their male counterparts, including being unable to open their own bank accounts. Makes the thought of overdrafting a little more bearable, right?

One of the main issues highlighted in the letter is that more funding is needed to help women fight HIV and malnutrition. These pleas come ahead two major global summits that will be taking place this year — Nutrition For Growth and Global Fund. Nutrition for Growth: Beating Hunger through Business and Science is being spearheaded by the governments of the UK and Brazil, in partnership with the Children’s Investment Fund (CIFF), and “will bring together business leaders, scientists, governments and civil society to make the ambitious financial and political commitments needed to reach millions more pregnant women and infants with the right nutrition at the right time, and reduce cases of stunting and deaths from severe acute malnutrition.” The Global Fund, which “mobilizes and invests nearly US$4 billion a year to support programs” dedicated to the eradication of AIDS, tuberculosis, and malaria around the world, plans on hosting a number of fundraising events throughout 2016 in a replenishment effort slated to run until 2019. The 5th replenishment conference will most likely be held mid-2016, although major contributors like the UK and the US are expected to announce their pledges well before then.

“The British Government have been at the forefront of efforts to put girls and women at the heart of international development and they should seize the opportunities of this year’s major summits to cement this record,” Diane Sheard, the UK director of the ONE Campaign, said in a statement. As hosts of the first Nutrition For Growth summit and major historical contributors to the Global Fund, now is not the time for the UK to take a back seat.”

Hear that, US? Time to step up our game. 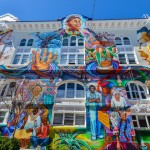