JUST WHEN YOU THINK you can start giving someone the benefit of the doubt again, they turn around and show you their true colors. We should have seen it coming.

Yesterday, we covered an NPR story on the push for long-acting reversible contraception (LARCs) in some parts of the country. South Carolina and its progressive move allowing Medicaid users to bill their insurance for LARCs was one of the subjects of the piece. Today, Reddit user u/Series_of_Accidents posted on subreddit r/TwoXChromosomes about a piece of legislation that the South Carolina legislature is trying to revise. Revisions to R.61-12 – Standards for Licensing Abortion Clinics, if voted into law, would make it infinitely harder for women to access abortions in South Carolina. Adding insult to injury, South Carolina’s legislature is asking for public comment on the proposed changes, without making those changes easily available for the public to review. How dare you, South Carolina? I was rooting for you, we were all rooting for you!

u/Series_of_Accidents notes three of the proposed revisions with the biggest potential impacts, and also did us all a favor by finding the document outlining the proposed revisions in the South Carolina Legislature database (to read it for yourself, click this link, type “4669,” and click “Retrieve Document.”) If you’re a Reddit user, seriously consider giving her some gold for bringing this to our collective attention.

There’s no way to see this but as a blatant attack on the bodily autonomy of female patients. It is a women’s sole prerogative to decide whether or not she wants to carry a pregnancy to full-term. Sure, she can take her husband or partner’s opinion into consideration but, at the end of the day, if she decides she does not want to have the baby, she should be able to have the abortion. Her body, her choice. Forcing a woman to go through with a pregnancy because her husband wants her to is cruel and borders on torture. The revisions also call for a mandatory face sheet with patient identification data, where one of the minimum required pieces of information is the husband’s name, presumably so that the abortion clinic can contact him to make sure he is aware of the procedure.

A tried-and-true tactic by pro-life legislators, purported to have the intent of making sure women’s health is assured in the event of complications, but really designed to make it harder for abortion clinics to operate. This is an example of a Targeted Regulation of Abortion Provider (TRAP) law, with the other go-to favorite being the requirement that abortion clinics meet the building codes of ambulatory surgical centers. Neither are necessary to successfully carry out an abortion without jeopardizing the health of the mother. Since the Texas legislature passed a slew of TRAP laws in 2013, more than 30 abortion clinics across the state have been forced to close their doors. More states have followed Texas’ example in the years since.

We are staunch proponents of routine testing for STDs and other sexually-transmitted infections, but only with the consent of the person being tested. Forcing STD testing on patients whose only reason for a visit is having an abortion is invasive and reeks of slut-shaming. The revisions also require mandatory Pap smears for cervical cancer screening, which women are not recommended to receive before the age of 21. Many women report experiencing physical discomfort during Pap smears, as they are an invasive procedure that can oftentimes cause vaginal irritation, bleeding, and cramping. Forcing this procedure on women of any age without their consent is another violation of their bodily autonomy, but it is especially heinous to force it on girls under the age of 18.

The list of proposed revisions is longer than the three examples mentioned above. If what the South Carolina legislature is trying to do bothers you, take action. Check out the document for yourself. Join u/Series_of_Accidents’ conversation on Reddit. If you live in South Carolina, let your legislators know by October 24th that what they’re trying to do is not okay by any means. Don’t let them get away with making decisions for you without your consent. 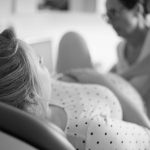