Juicing: All It’s Squeezed up to Be? This unexpected heat wave we’ve been weathering this past week (at least here in Southern California) is Mother Nature’s not-so-subtle way of reminding us that the lovely and clement weather we’ve been experiencing this spring will soon give way to the heat of summer. For many of us, this is exciting news; if you’re anything like me, you’ve been dreaming about tank tops since the evening of December 25th. If you’re slightly more than anything like me, you’ve also been dreading the invitations to the beach and pool parties and day clubs that you know will soon come pouring in. What? Swimsuit season already?

Month after month of packing on the pounds like a bear about to sleep the winter away, only to realize that it’s already May. I thought I had more time! What happened to my goal to have a rockin’ (decent? acceptable? average?) bod come summer?! I’ll tell you what happened to it: it drowned a slow and drawn-out death in a sea of late-night burritos, happy-hour cocktail specials and family dinners.

You see, for most of us, summer season is also the season of insecurities brought on by the possibility of having to expose our flesh to the rest of the world. And while part of the best way to get bathing suit ready is to simply PUT ON A BATHING SUIT, it can’t be denied that many of us will be frantically searching for a last-ditch way to transform our bodies in a fraction of the time it normally takes. The temptation to test out the latest, celebrity-backed crash diet is sinfully strong. (Oh, discipline, you elusive dream.) And they usually do what they purport to do — as long as we manage to stick to them for the prescribed period of time (even if the weight we lose isn’t truly comprised of fat but rather made up of water. — beggars can’t be choosers, though).

One of these crash diets some of us will inevitably turn to will be juicing. Unless you’ve been living with your head under a rock for the past year, you know what juicing is: those tiny, organic, cold-pressed, multi-colored fruit-and-vegetable concoctions people have been dropping insane amounts of money on, whether they make them at home or buy them from outside sources. That’s juicing. The movement has been made popular by the likes of Gwyneth Paltrow, Emily Blunt, and other celebrities who endorse liquefying fruits and vegetables in order to extract the most vitamins and nutrients from them.

Juicing does have certain health benefits, there’s no doubt about that. According to Bernadette Mejia, a licensed dietitian we spoke to, juicing can be one of the most convenient and best ways to get important vitamins and minerals found in fruits and vegetables into our bodies. Especially if we don’t eat healthily in the first place. But it also has also has the potential to be dangerous, particularly because it’s considered to be so healthy.

Juicing, in its simplest function, is still considered a crash diet – you cut your daily intake of calories by more than half to force the body to lose weight. Crash diets have their time and place, and we all know it. We don’t recommend testing them out long-term, or using them to replace normal diets permanently. Man can not live on lemon juice, molasses, and cayenne pepper alone. Not even Beyoncé.  (If any human was bionic enough to permanently lower her nutritional needs, it would be Queen Bey.) The problem with juicing is that, because it’s wrapped up in all these ideas and hype about healthiness and has developed a certain kind of reputation and cultural capital among taste-making demographics, it’s too easy to overlook some of the side effects and potential hazards. Most folks won’t even delve that deep into research. Even the terminology most often associated with juicing – “cleanse” and “detox” – imply that it’s healthy for you when that might not be the entire case.

Like in this one. Fruits, which are the main components in many standard juicing recipes, are notorious for being high in fructose – sugar that comes from fruit and is quickly converted to glucose when ingested. While causing a spike in blood sugar that equates to a rush of energy, the subsequent drop in blood sugar as the amounts in the body level out cause a corresponding sluggishness and a ravenous, all-consuming hunger.

This happens because juicing fruits and vegetables strips them of one of their vital components: fiber. When you eat a piece of raw fruit or vegetable, you get all the vitamins and minerals PLUS the fiber. Which is important, because fiber is vital to digestive health. When ingested, fiber moves slowly through the intestinal tract because it takes longer to break up, contributing to the feeling of fullness that satiety gives. No fiber in your diet means that you will never really feel full. And the lack of protein that goes hand in hand with a juicing cleanse or lifestyle means that your body will begin drawing from the protein stores in your muscles, exacerbating hunger pangs and physical weakness. Cue the constant snacking and extra calories that you might not usually indulge in when you include fiber and protein in your meals. And a prolonged lifestyle of juicing (because, let’s face it, if you could lose up to three pounds a day by juicing, as some pro-juicing sources claim, wouldn’t you drag it out as long as possible?), if done incorrectly, can lead to bigger problems like malnutrition and blood-sugar problems.

This isn’t to say that juicing is going to kill you, or that it’s all bad for you. Incorporating fruits and vegetables into your diet is always a good thing, if done as part of a balanced diet (that includes sources of proteins and fats) and if your juices tend to be comprised of more vegetables than fruit. What’s important is to be informed consumers. What’s important is to make decisions with all the facts at your disposal, and not the factoids or clever marketing ploys. And what’s important is to be aware of what exactly you’re putting in body, whatever your fitness or diet goals are.

After all, just because something comes packaged in a cute bottle and you have Gwyneth in your ear whispering to chug it down doesn’t necessarily mean that you should. 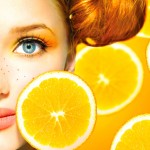