Your Spouse’s Role in Your Job Success

The expression “my better half” — used to describe one’s spouse — may be more than a cliche.

Researchers at Washington University in St. Louis conducted a five-year study that involved nearly 5,000 married people of all ages, and included questionnaires about spouses’ job satisfaction, raises and promotions.

Their findings show that having a spouse who scored high for conscientiousness as a personality trait leads to greater career success for both people. In fact, in three-quarters of the couples, both partners worked outside the home.

A conscientious mate seems to spur one’s professional success in three identifiable ways. Having a partner who takes the lead on household responsibilities frees you to devote more time to your work. This also translates to less stress for you, and eases the tug of war that often exists between your work life and your home life. You’re also likely to be inspired by your spouse’s conscientiousness and apply that ethic to your job, a trait your employer is likely to reward.

Though people look for many different traits in a spouse, knowing the effects that a spouse can have on your work life may make it all the more important for a very career-oriented man or woman to look for a mate with a conscientious and supportive nature.

Read more about the Washington University study on spouses and success on the school’s website. 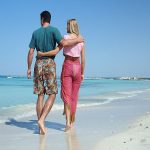