When teens and young adults go to the emergency room or are hospitalized for critical mental health issues a staggering number are not receiving quick follow-up care, new U.S. research finds.

Similarly, in 95,000 youths and young adults whose cases were so severe they were hospitalized, less than 43% had after care within seven days and 67% within 30 days.

That left many young people without professional help while still vulnerable, including to risk of suicide.

“For people, discharging folks after a psychiatric crisis, whether it be in a hospital or in an emergency room setting, connecting with their outpatient provider to ensure there is a transfer of care and some continuity is vitally important to reduce risk for this population,” said study co-author Dr. Brian Skehan, an assistant professor of psychiatry and pediatrics at UMass Chan Medical School.

Although young adults who had harmed themselves or had suicide ideation were more likely to receive follow-up care, more than half still didn’t within seven days of discharge, according to the study.

Follow-up rates were particularly low for patients who also had a substance use disorder.

The study years were 2013 to 2018, before the pandemic and the mental health issues it exacerbated. Moreover, the U.S. Surgeon General declared the state of children and youth mental health a crisis in late 2021.

These youths and young adults are in what is known as transition age, typically 15 to 26, though this study stretched that to encapsulate all of adolescence and the early adult years.

What’s getting in the way?

Issues experienced by this age group in terms of access to mental health care include insurance changes as they transition from high school to college or the workforce.

In addition, “we see a transition from pediatric providers to adult providers, and there are many youth that are lost in this transition,” Skehan said.

A study of high school students in 2021 found more than 44% had felt persistent sadness or hopelessness in the past year, Skehan noted. About 1 in 5 seriously considered suicide, and 1 in 10 attempted suicide.

“When we look at the numbers of young adults and adolescents that are struggling with behavioral health issues, the data trend is disturbing nationwide and safety and suicidality is increasing,” Skehan said.

Reducing barriers to access could help, as would increased communication between providers and having more case management at hospitals to get appointments scheduled at the time of discharge, Skehan said.

Alysha Thompson, an inpatient psychologist at Seattle Children’s Hospital, said patients who require hospitalization for mental health care are experiencing serious mental illness at its most acute point. This may have led to concerns about that person’s safety or concerns about severe aggressive behavior.

Several issues contribute to teens and young adults not getting rapid follow-up after the crisis that drove them to the ER, added Thompson, who was not involved in the study.

There are not enough mental health providers to meet the need, which creates long wait times, she explained.

“Even when places prioritize people who are coming from the emergency department or from the inpatient unit, there are still waits that are weeks to months long before they can access care,” Thompson said.

Health systems also need more case managers to coordinate care. It can require a massive amount of legwork to get a teen an outpatient appointment in the current system where there just aren’t enough appointments available, Thompson said.

“Case management is really, really crucial,” Thompson said. “Having case management funded by insurance companies and by Medicaid I see as being one piece of a puzzle.”

In addition, “we absolutely need to build up our mental health workforce, and that is a years-to-decades plan,” Thompson said.

The study was published Oct. 12 in the journal Psychiatric Services.

The White House has more on the mental health crisis in the United States. 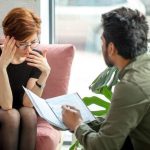