The Woody Allen Dilemma: My Father Is a Child Molester (Pt. 3)

In Part III of “The Woody Allen Dilemma,” our author explains what confronting her father felt like and what the aftermath has been.  At the request of the writer these posts will be published anonymously and weekly. To read Part I click here. To read Part II click here. The fourth and final part will be live the following week. Finally armed with the right information, at last I was able to confront my father myself. He knew I told his now-ex wife to be wary of him and he said he respected my decision to do so.  He assured me that my cousin had forgiven him, confirming her accusations.

And while before where it had been my little cousin’s word, and then my mom’s, that I’d had to trust, now, he’d said it to me himself; he’d made it real. Dizzy from the reality of it, when I asked if he’d ever sought professional help, and he replied that God would guide and forgive him. It was unacceptable and irrational. It was disappointing and disgusting. It was the last time we ever spoke.

My middle sister and I only narrowly escaped being assaulted by him before my mother finally left– to the best of anyone’s knowledge anyway. (My brother was an infant when they separated.) My mother told me of the horror of being awakened to the sound of his howling my name drunkenly in the dining room in the middle of the night when I was about nine years old, and arrived to find him nude from the waist down. I’d slept soundly through it, though.

Just last week I had a dream that I was laying on my back in a grassy field, watching confessions of love being written in the big blue sky by little airplanes, when I heard that slurred way he’d say my name being screamed from afar. I stood up and heard thumping gallops coming toward me, and he emerged from the woods at me full sprint and knocked me to the ground. I jolted awake, feeling sick. Sometimes I don’t sleep so soundly anymore.

The daughter he abused exist in hazy emotional limbo, exhibiting symptoms and signs but there is no real certainty of what happened to her. I don’t know if she still knows now that she was molested. I’m afraid to ask her if she recalls that or not, to drudge it up if it’s repressed, or at least reconciled in her mind.

She goes to counseling, which I’m grateful for, but once a day she takes a cocktail of behavior-modifying prescription drugs, which I can’t stand the thought of.  But at least she has lived in safety with a foster family since she was a toddler. She hasn’t seen his face or heard his voice since then, and she wonders where he is and asks what we know, which is nothing. He appears from time to time, an occasional phone call pleading to see her. A typical exchange goes something like the family saying, “If you can show us you’re reliable and call back the same time next week, we can talk more about you seeing your daughter,” and instead of doing so he retreats back into some crevice for a year or two. Some things never change.

We don’t know where he actually is. I track him online via public records searches, where he continues to constantly languish in the local drunk tank, get picked up for petty theft, and even sometimes spend some time in real trouble for setting fires. Though he’s a career alcoholic, thief, and a sometimes-arsonist, his lengthy record doesn’t include his deviant behavior beyond trespassing. 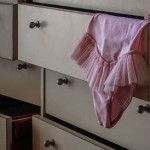