State Spending on Poverty Really Pays Off for Kids: Study

When states spend money on programs that reduce poverty, fewer children are abused and neglected, fewer end up in foster care and fewer die, a new study reveals.

Researchers found that for every additional $1,000 that states spent on federal, state and local benefit programs per person living in poverty, there was a 4% reduction in substantiated child abuse, a 2% reduction in foster care placements and about an 8% reduction in fatalities.

Many people would say this is reason enough to direct public spending in this way. Yet, there’s also a fiscal advantage to doing so because investments in these programs may offset some of the long-term costs, according to the study.

Puls said existing literature supports this association, “but I would say I’m actually pleasantly surprised at the effect size,” Puls continued. “For how much money we’re talking about going out into a large population of people and how much child abuse and neglect that is potentially or estimated to be reduced, I was surprised that it was as large as it was.”

Spending $46.5 billion on programs, about a 13% increase, in 2017 would have meant 181,850 fewer reports of child abuse; more than 4,100 fewer foster care placements and 130 fewer children killed by abuse and neglect, according to the study.

The types of spending included in the research were cash, housing and in-kind assistance; housing infrastructure; childcare assistance; tax credits; and medical assistance.

In the United States, investigations for child abuse involved 3.5 million children in 2018. Those reports were substantiated for 678,000 of those kids. About 1,770 children died in the United States that year from maltreatment. About 207,000 children received foster care services.

Spending money to ease poverty could save billions in long run

The lifetime financial burden for one year of maltreated kids is nearly $3 trillion, Puls said.

“We realize that policymakers answer to annual budgets, but we found that for about $46.5 billion dollars, the potential reductions in child abuse and neglect would offset somewhere between $1.5 and $9.3 billion in the short term, but in the long term over the life course of children, it could offset about, we estimated, $25.8 billion to $153.2 billion,” Puls said.

The study didn’t consider the specifics of why this kind of investment would make a difference, but Puls offered some thoughts.

“Reducing poverty can have positive impacts on parents’ mental health, their physical health, their ability to obtain basic needs and materials and so all that together creates a better environment for children to grow and thrive,” Puls said.

Some states haven’t expanded their benefits programs much and for them there is a lot of opportunity for expansion, Puls noted.

The findings were published online Oct. 18 in the journal Pediatrics.

Data show that what one experiences in childhood has a tremendous ability to predict functioning and health in adulthood, said Dr. Andrea Asnes, a child abuse pediatrician and associate professor of pediatrics at Yale School of Medicine.

Poverty is a source of stress

Asnes said child abuse is rarely something that people get up in the morning and plan to do. Poverty is an enormous source of personal stress and trauma, but it can also contribute to making choices that are unsafe, she said.

Childcare is extraordinarily expensive, Asnes noted, and some people may leave their children in unsafe situations or with unsafe caregivers.

Providing childcare benefits is something that U.S. policymakers have been talking about in recent months.

“If there were high quality childcare available to everyone, if I could snap my fingers and make that happen, I think there would be an immediate decrease in child abuse and neglect,” Asnes said.

If you also consider the “downstream effects” of child abuse and neglect, including incarceration and mental health problems, substance abuse and poor health in adulthood, all of which are expensive to society, Asnes said, she thinks costs savings may even be greater.

“I would just highlight the value of this kind of work. As someone who takes care of children who’ve been abused and neglected, I’m especially appreciative of those who are able to show the actual cost savings of this kind of policy. I do think it has the potential to be quite compelling to those who make the decisions about how our tax dollars are spent, how our public money is spent,” Asnes said. “And it gives me some hope.”

Childwelfare.gov has more on recognizing the signs of child abuse and neglect. 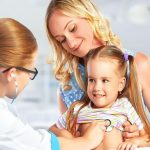