Should You Really Forgive and Forget?

Is forgive and forget always the right approach after hurtful behavior from your spouse or significant other?

Research done at the University of North Carolina suggests it could actually set up a pattern of continued bad behavior, one in which you forgive and your spouse forgets the mistake and does it again.

Researchers evaluated a quality they call agreeableness and looked at the variations that could exist in a relationship: Both partners rank high in agreeableness; both rank low; or one partner is high and the other low.

People with a high level of agreeableness tend to put their relationship before themselves. If they do something hurtful and are forgiven, they tend not to repeat that behavior — they feel it’s only right to reciprocate with kindness.

People with a low level of agreeableness are more focused on themselves and more likely to repeat the hurtful behavior after being forgiven. They interpret a lack of sustained anger from their partner as a sign that their behavior wasn’t bad enough to stop — that they have his or her unspoken permission to keep acting the same way.

If your partner keeps repeating something that bothers you, consider where you each are on the agreeableness scale. Do you both believe in quick forgiveness? Do you both get angry after a breach? Or do you each react differently?

And for those who tend to hold on to anger, keep in mind that forgiveness usually leads to a more satisfying relationship and has emotional and health benefits.

The Greater Good Science Center at the University of California, Berkeley has more on the forgiveness research. 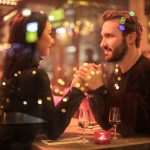