By the time they’re teenagers, babies born prematurely may be getting poorer school grades than their non-preemie peers.

Researchers found that babies born before 34 weeks of pregnancy had lower scores on math and language tests during their teen years compared to kids born at 40 weeks.

However, the study did not find a significant difference in later brain function in babies born between 34 and 39 weeks and those born at 40 weeks, according to the researchers, who included Anders Husby, an epidemiology researcher at Statens Serum Institut in Copenhagen, Denmark.

For the study, Husby’s team used data from siblings to study the impact of gestational age, while taking into account hereditary and maternal intelligence. The investigators focused on nearly 793,000 children born in Denmark between 1986 and 2003 who had at least one full sibling.

The results were published Jan. 18 in the BMJ.

The research team used nationwide registry information to analyze gestational age at birth. They also considered exam results at age 15 to 16. Separately, they analyzed the results of intelligence tests taken by more than 227,000 brothers around age 18, at mandatory military conscription.

The study authors took into account other potentially influential factors, such as sex, birth weight, parental age and educational level at birth, and number of older siblings.

Of the nearly 6% of children born before 37 weeks, only those born before 34 weeks had significantly lower than average math scores than those born at 40 weeks. Grades progressively decreased with increasing prematurity, the researchers reported.

For written language, only children born at less than 27 weeks’ gestation had a significantly lower than average grade, the investigators found.

“Cognitive outcomes are not, however, predetermined at birth but are heavily influenced by social circumstances and nurturing, and this is why early intervention is warranted for children born early preterm,” the authors said in a journal news release.

About 15 million infants are born before 37 weeks’ gestation worldwide each year. The final weeks of pregnancy are significant for fetal brain development, the study team noted.

Because this is an observational study, it can’t establish cause and effect. Other limitations include lack of data on smoking during pregnancy.

The findings “stress the need for more research into how these adverse outcomes can be prevented,” the study authors concluded.

In an editorial that accompanied the report, Seungmi Yang and colleagues pointed out that “parents should be reassured that the magnitude of these differences is not always substantial, particularly for those born at later gestations.” Yang is in the department of epidemiology, biostatistics and occupational health in the faculty of medicine and health sciences at McGill University in Montreal, Canada.

The causes of preterm birth are complex and poorly understood, and “efforts to identify and improve on other socio-environmental factors could be a more successful approach to mitigating any associated neurocognitive deficits,” the editorial said.

The U.S. Centers for Disease Control and Prevention has more on preterm birth. 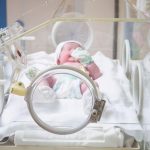