Pfizer Inc. announced Thursday that it has asked the U.S. Food and Drug Administration for emergency approval for its coronavirus vaccine to be given to children between the ages of 5 and 11.

“We’re committed to working with the FDA with the ultimate goal of helping protect children against this serious public health threat,” the company said in a tweet announcing the FDA filing.

Meanwhile, the FDA has already scheduled an Oct. 26 meeting to consider Pfizer’s request, with a ruling expected between Halloween and Thanksgiving, the New York Times reported.

Pfizer has proposed giving children one-third of the adult dosage, which may require adding more diluent to each injection or using a different vial or syringe, the Times reported. Vaccine doses for children will likely require new labeling and special codes that would enable the U.S. Centers for Disease Control and Prevention to track specific vaccine lots in the event of reports of serious side effects.

If the Pfizer vaccine is authorized for these younger children, it could offer protection to an additional 28 million Americans, according to the Times.

According to the American Academy of Pediatrics, nearly 5.9 million Americans younger than 18 have been infected with the coronavirus. Of the roughly 500 Americans under 18 who have died, about 125 were children ages 5 to 11.

“They die of COVID. It’s heartbreaking,” she told the Times.

People younger than 18 have accounted for about 1 in every 6 Americans infected since the start of the pandemic, but that increased to as many as 1 in 4 infections last month as the Delta variant dominated the country.

In May, the FDA granted emergency use of the Pfizer vaccine in 12- to 15-year-olds.

The FDA’s review of a Pfizer dose for children ages 5 to 11 is likely to be closely scrutinized, public health experts said. Approval will not only pivot on the strength of the trial data, but on whether Pfizer shows it can properly produce a pediatric version of the vaccine.

About a third of parents of children in that age group said they would wait and see before getting their children a shot, a recent Kaiser Family Foundation poll found.

Public discussion is crucial because many parents are torn between the fear of COVID-19 and concerns about vaccine side effects, Dr. Walt Orenstein, an epidemiologist at Emory University and a former director of the U.S. immunization program, told the Times.

If parents were less worried about the risks of coronavirus infection, safety would be their top priority, but if they were more worried, the vaccine’s effectiveness would take priority, Orenstein said.

As with other vaccines, pediatricians would play a vital role in reducing parents’ anxiety about their children receiving a COVID-19 vaccine, Orenstein noted.

The 2,268 children in Pfizer’s study submitted to the FDA was a noticeably small number, Norman Baylor, former director of the FDA’s vaccines office, said during a virtual panel on COVID-19 last week, the Times reported.

“It does beg the question of the size, given what we have for the adults: Would one expect more for the pediatric population?” Baylor said. “They may be thinking, ‘Well, we know the vaccine is safe, because look at how many people we had in the adults.’ But as we know, things may shift in that pediatric population.”

Visit the U.S. and Food and Drug Administration for more on COVID vaccines. 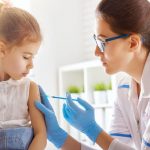