Oprah’s Yard Sale: Why She’s Still Got It So when I read that Oprah was purging her Montecito, Hawaii and Indiana mansions with a massive Santa Barbara yard sale and auction, I immediately cleared my weekend schedule. I’m what you would call an Oprah super fan. I’ve seen every single episode of the Oprah Winfrey Show since I started watching in 1995. My big break was working as a fashion assistant at O, The Oprah Magazine, where I happily unwrapped all of her monogrammed Ralph Lauren cashmere sweaters. I regularly use Oprah-isms in my every day life, things like “a-hah moment,” “ugly cry” and “Dr. Maya Angelou.”

Though I’m an ultimate Oprah fan, I’ll admit I’m not a habitual OWN viewer. When The Oprah Winfrey show ended in 2011, I gave the network a fighting chance, but there was too just much Ilanya Vanzant, Winona Judd and Lisa Ling, and not enough Oprah. I wasn’t the only one that wasn’t watching—the network has just recently gotten over its unsteady start and is finally starting to make money. Up until last weekend, I felt like Oprah and I had lost touch, and this yard sale would be the perfect time to reconnect.

In preparation for the sale, I browsed the online auction and was underwhelmed by countless landscape paintings, 12-seater couches, gilded chairs and porcelain chotchkies, all with reserve prices starting well above $500. Though the selection looked like nothing I would ever purchase, all of the proceeds from the sale would benefit Oprah’s leadership academy for girls in South Africa. “It’s for the children,” I told myself.

The auction was held at the Santa Barbara Polo & Racquet Club in Carpinteria, and fans came from all over Southern California for a chance at purchasing a piece of O. When she took the auction block, the crowd went wild and opened their purses. Electric bikes, part of her annual Favorite Things holiday list, sold for $5250. A vintage doll, called “scary” by Ms. Winfrey’s numerous houseguests, sold for $2500. An 80s-tastic portrait of Oprah and Michael Jordan brought in $650. By the end of the auction, Oprah had raised $600,000.

Though the South African girls will ultimately get the money, it’s Oprah’s ultimate fans that really won this yard sale. For every piece that came to auction, Oprah had a story. It was like a six hour, unedited episode of The Oprah Winfrey Show, one where Oprah riffs with the audience, talks about losing at Scrabble and calls Gayle “cheap.”

Fans got nostalgic for the Oprah that we know and love, complete with the elongated, vowelly name calling (John Trav-OL-TAAA!) and constant humble brags.  It was like time had never passed, she was back in our living rooms and her show had never been cancelled.

It may have even been enough for us to give OWN another chance. 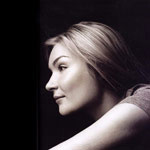 View all posts by Allyson Rees