British researchers found that medical pot slashed seizures by almost 90% and reduced use of traditional medications.

But at least one outside expert cautions that it’s way too early for parents of kids with epilepsy to visit the local cannabis dispensary and try this on their own.

“It’s still buyer beware,” said Dr. Kevin Chapman, a neurologist at the Phoenix Children’s Hospital and spokesperson for the American Epilepsy Society. ”There isn’t enough evidence to support using these products at this time especially instead of prescribed epilepsy treatments.”

The new study included 10 kids aged 1 to 13 with severe epilepsy who used oils from medical marijuana. The oils contained THC (tetrahydrocannabinol), the psychoactive component in marijuana, plus cannabidiol (CBD) and other potentially active components.

Parents and caregivers were asked how their children fared via phone or video conference calls.

By and large, parents said their kids did very well. Medical marijuana reduced monthly seizures by 86% among kids whose severe epilepsy hadn’t responded to conventional treatment and two who didn’t respond to Epidiolex, a U.S Food and Drug Administration-approved epilepsy treatment that contains CBD.

What’s more, these kids were able to dramatically reduce the number of other drugs they took to control their symptoms — from an average of seven drugs daily to about one a day after they started using cannabis.

Each child received around 5 mg of THC a day. None of the kids got high, and there were no serious side effects reported, the study showed.

“All parents reported that the whole-plant products were well-tolerated and the children showed improvements in their mood, behavior, eating and sleeping as well as substantial improvements in their cognitive [mental] abilities,” said study author Rayyan Zafar. He is a fellow at the Centre for Psychedelic Research and Neuropsychopharmacology at Imperial College London.

Exactly how cannabis may reduce seizures isn’t fully understood yet, but there is plenty of anecdotal and real-world evidence suggesting that it does, Zafar said.

Kids in the study got cannabis from a doctor who tailored the individual dosages and blends.

“Medical oversight is important,” Zafar said. “We encourage parents interested in using these medicines for these children to approach clinics and discuss this option with their physician.”

The findings were published Dec. 14 in BMJ Pediatrics Open.

In the United States, medical use of cannabis-related products is legal in 36 states and four U.S. territories as of May 2021, according to data from the National Conference of State Legislatures.

Going forward, the researchers plan to collect and analyze more data from children with epilepsy who are using medical cannabis.

It’s much too soon to draw conclusions about what role, if any, medical marijuana can play in treating seizures in kids with hard-to-control epilepsy, said Chapman. The study was small, and the results are based solely on parental reports, he said. In addition, the treatment wasn’t standardized — each child received a different dose or blend of oils.

This isn’t to say there is no role for CBD or THC products in relieving epilepsy symptoms, just that the jury is still out, Chapman said. Always discuss any new therapies that you are interested in trying with your child’s doctor to come up with a game plan, he advised.

“We have a lot of different therapies to treat epilepsy in kids, including anti-seizure drugs, dietary modifications, neuromodulation devices and surgery, and we try to find a combination that is helpful to reduce seizure burden,” Chapman added.

Dr. Peter Grinspoon has a different take on the findings. He’s a primary care physician at Massachusetts General Hospital in Boston and a board member of the advocacy group Doctors for Cannabis Regulation.

“I’d imagine that any concerns about the use of THC in a pediatric population would be at least in part alleviated by the drop of anti-epileptic drugs, many of which have side effects,” said Grinspoon, who has no ties to the new study. “It is not difficult to understand why there is such a determined parents’ movement in support of access to cannabinoids for pediatric epilepsy.”

The Epilepsy Foundation offers more on marijuana and epilepsy. 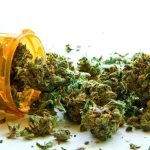