Look Out for the Early Signs of Autism

When children have autism, it’s possible to recognize the symptoms as early as when they are 18 months old.

Although it takes a doctor to diagnose the condition, parents and caregivers should be aware of the signs, advises the Autism Research Institute, offering some other tips for noticing early symptoms.

Children with autism may have variety of social, communication and behavioral symptoms.

This can include difficulty communicating with other people, which often becomes apparent during early childhood, according to the institute, which is based in California.

A qualified specialist can evaluate any delays in speech development and nonverbal communication.

Another clue can be tone of voice. Some people with autism may have difficulty regulating or modulating their tone of voice, according to the institute. They may speak too loudly, too quietly or with a monotone voice.

Poor eye contact or avoiding eye contact is another common symptom. A child with autism may also have difficulty recognizing and using facial expressions, physical gestures and overall body language.

Repetitive behaviors are common behavioral symptoms, which can include rocking, spinning or flapping of the hands and arms, or flickering their fingers in front of their eyes.

Children with autism may also play with toys or other objects in atypical ways. This might include repeatedly flipping light switches or tirelessly spinning coins.

Ritualistic behaviors, such as eating the same foods at every meal or becoming quite upset soon after any changes in plans, can be another sign.

Some people who are on the autism spectrum may injure themselves by banging their heads against a wall, biting their hands or scratching their skin. The institute notes that there are many medical, sensory, nutritional and behavioral approaches to treat these behaviors.

Parents should talk to their child’s doctor right away if their child is engaged in self-injury.

Certain conditions can occur along with autism, including seizures, sensory sensitivities, anxiety, sleep disturbances and gastrointestinal, metabolic and immune dysregulation.

Call your doctor to help diagnose autism and to treat behaviors and co-occurring conditions.

Adults with these symptoms may also be diagnosed with autism. This is likely due to increased awareness and screening.

The U.S. Centers for Disease Control and Prevention has more on autism spectrum disorder. 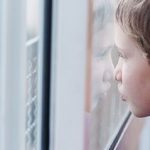