The Woody Allen Dilemma: My Father Is a Child Molester (Part I)

In Part I of “The Woody Allen Dilemma,” a courageous writer explains the details leading up to her father’s confession that he is in fact, a child molester. At the request of the writer these posts will be published anonymously and weekly. Part II will be live the following week. I’m told that people thought that the vicious jealousy that my father’s niece had toward my mom was a combination of an innocent school-girl crush on my dad, who was indeed funny and handsome, and a bit of envy toward his blonde, beautiful, sweet new bride. My cousin grew into an adorable young tween herself, with lovely rust-colored hair and fun freckles that I admired in photos, and soon courageously came forward to admit that my father had been touching her. He and my mother were only around twenty years-old then. I hadn’t been born yet but would arrive soon after.

He spent the next decade collecting a dizzying record of arrests for DUIs, theft, public intoxication, and other petty offenses that included being repeatedly picked up for trespassing. What I’d imagine could be called stalking now was instead essentially dismissed in our nineteen-eighties-era rural town: it was instead given the victim-diminishing designation of “trespassing.” What he was actually doing was peering into the windows of friends and neighbors, grossly intruding on nearby young girls and women at their most private moments.

One local family’s daughter insisted she’d seen his face in her window and told her parents that he gave her the creeps when he was around. Mom said she always noticed his leering at this family’s pretty pre-teen, but no one acknowledged that the girl thought she’d caught him spying on her until after my parents divorced. They were far from being the only ones who came forward after my mother left him.

Why hadn’t anyone spoke up sooner?

If I understand it right, this on-going crisis finally came to a head with irrefutable evidence and a polite, pastoral version of an angry mob.

In our home, there was this wonderfully feminine little step stool, bubble gum pink, personalized with bold black, swooping letter decals and the addition of my well-practiced cursive signature scrawled in Sharpie. The stool was meant to allow me to reach the sink to brush my teeth. It turned up under my gym teacher’s bedroom window a few doors down, after his wife was given a scare by a lurking prowler while she undressed for bed. The prowler was my father.

A small man in so many ways, he had used it to boost himself up and invade our nieghbor’s privacy, but carelessly left it behind upon being discovered. I was in 4th grade at an incredibly intimate elementary school– not only the one our neighbor taught at, but also the same one my mother had attended when she was a little girl. My grandparents still lived around the block from us and chums from my parents’ school days dotted our entire neighborhood.

The locals had turned a blind eye and tried hard to mind their own business for far too long.

Now that the menace had a definite name and a face, the whisper campaign grew stronger, and culminated with our landlord (who graduated with my mom and remains a friend of the family still), explaining that it was time to go.

And still, for over a decade my mother stood by him, despite the molestation accusations, countless arrests, his midnight disappearances to “go jogging” and other sickeningly suspicious behavior, car wrecks and the aforementioned DUIs, unemployment, and trips to both rehab and jail–not to mention his psychological torture and verbal abuse of her.

On the eve of their separation, apparently relieved to abandon his long-standing lie and eager to make my mom suffer for her loyalty, my father drunkenly ridiculed her for actually believing he hadn’t molested his brother’s daughter. 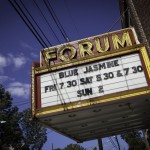