Kept Home Under Lockdown, U.S. Couples May Have Spurred a ‘Baby Bump’

The pandemic brought about a lot of changes in people’s lives. For many, that included a new baby.

The United States saw a “baby bump” in 2021 described in a new study as “the first major reversal in declining U.S. fertility rates since 2007.”

It was the opposite of what early forecasts predicted.

“And both of those made it a much milder shock in terms of the fertility response than the typical recession,” Schwandt said in a Northwestern news release.

The findings were recently published by the National Bureau of Economic Research.

For the new study, Schwandt and economist/co-authors Martha Bailey of the University of California, Los Angeles, and Janet Currie of Princeton University analyzed data on all U.S. births from 2015 through 2021, as well as births in California between 2015 and August 2022.

While U.S. birthrates declined slightly as lockdowns began in early 2020, they rose again in 2021 for a net increase of 46,000 births above the pre-pandemic trend.

That increase was driven largely by first-time moms and women with a college education. The latter may have been more likely to benefit from the flexibility of being able to work from home, as many did in the pandemic’s early months.

The California data show that the increased fertility has continued through the summer of 2022.

The trend is in stark contrast to predictions that 500,000 fewer babies would be born because of the pandemic.

Besides work flexibility and the ability to work at home, reasons for the uptick could include fewer opportunity costs for women, the economists said. For example, women didn’t miss out on travel or social activities because they were pregnant — those activities were already on hold due to the pandemic.

For college-educated workers, finances also tended to be better, because investments and homes increased in value during the pandemic, the study added.

The birth rate has important implications for society, the researchers noted, because younger generations support older ones. With fewer younger people, fewer workers must support a larger number of retirees.

This trend is counter to what has been happening in the developed world in recent decades. In the United States, the average number of children per woman decreased from 2.1 in 2007 to 1.6 in 2020.

However, women who were not college educated and some other groups continued to have declining birth rates during the pandemic.

Early in the pandemic, the U.S. birth rate dropped, but it was too soon to be a fertility response. It most likely owed to fewer foreign-born women entering the United States as immigrants and having children, according to the study.

The researchers said policymakers may want to consider economics when considering how people decide whether to have a baby.

“That some women may be more apt to have children if they have higher flexibility is a very interesting, important takeaway, especially since the U.S. lags behind other developed countries in terms of (maternity-related) benefits,” Schwandt said.

“And even though European fertility rates in general are lower than those in the U.S., at the same time, we have a lot more immigration. That’s another takeaway: We saw how important those immigrant mothers are for the U.S. birth rate,” he added.

The U.S. Centers for Disease Control and Prevention has more about birth rates. 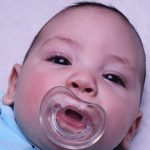