Marriage has been said to deflect depression, stave off stress, even help people live longer.

Now a new study says it may also decrease your chance of developing dementia.

Dementia is a general term for a decline in mental ability severe enough to interfere with daily life.

Married people have a far lower chance of being diagnosed with this dreaded disorder than those who are divorced or separated, widowed, or never married, according to the study. And marriage is more protective than cohabitation, the study revealed.

Divorced people have more than twice the odds for mental decline compared to married folks, the 14-year study found.

And divorced men have it worse: They have a 2.6 times higher chance of developing dementia than married men, while divorced women have a 30% increased risk versus married women.

“There are a lot of theories about why marriage might be good for general health,” says Hui Liu, lead investigator and professor of sociology at Michigan State University.

“Married people, of course, are financially better off than those who do not have a spouse,” she said. “But there are factors other than economics that play just as strongly into this. There’s the social psychology benefit.”

While the study only found an association rather than a cause-and-effect link, it noted that divorce can lead to financial and emotional stress, which may directly affect mental, or cognitive, function. And the stress and depression that can come from divorce can potentially lead to dementia.

It’s all about the part of the brain called the cortex, according to Linda Waite, a professor of urban sociology at the University of Chicago. “The cortex evolved as the center of cognitive processing,” she said. “It manages our level of functioning. If it falls below the level of normal functioning, that’s when dementia happens.”

Emotional support is key to preventing dementia, said Waite, who wasn’t involved in the study. “Married people find their social network through their spouse, their friends and family, their sense of belonging. Being married increases social integration, which promotes cognitive health,” she noted.

“The wife is the lifeline to the family, the king keeper,” said Deborah Carr, professor and chair of sociology at Boston University, and editor of the Journal of Gerontology: Social Sciences, where the study was recently published. “There are many factors that can make a man more vulnerable to divorce. And that makes men more vulnerable to dementia.”

The research followed more than 15,000 people age 52 and older. Participants showed no signs of dementia at the start of the trial. Investigators used marital status to predict participants’ later mental health by measuring their cognitive function every two years from 2000 to 2014, either in person or via telephone.

Married people have a lower risk of dementia because “they’re constantly interacting with each other, negotiating and relating, and that keeps the cortex engaged,” Waite said.

Stress may help explain why divorced men are at such a loss when their marriage ends. “They may be more at risk than unmarried men because they have been through a crisis — divorce,” Waite added. “That creates stress.”

It’s not that marriage doesn’t also include stress, but the bonus of having connections, a network, might sometimes minimize the risk.

Liu added that men seek more health benefits from their marriage. “They lean on their wives for emotional support,” she said. “And women help the men. ‘Don’t smoke, don’t overeat, get a checkup.’ Men tend to get more benefit from the relationship, but once they’re divorced, they lose all that.”

The U.S. National Institute of Mental Health has more on stress. 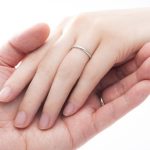