Facebook's Popularity: Down, But Not Out for the Count

I’m old enough to remember when MySpace was the premier social media platform. With its customizable personal pages and glitter graphic comments, MySpace was the epicenter of my high school universe.

Then, in my senior year, Facebook appeared and was touted as MySpace’s successor. At the time, it was unfathomable to me how the bare bones service could ever replace its predecessor. I reluctantly created a Facebook account, because I heard that it was the rage among college students, and I wanted to be part of the trend. I began with five friends, all of whom were my college classmates.

But once I was a college student, I found myself falling in love with Facebook. It was clean, effective, and a convenient means of creeping on people (Everyone does it, OK?) You could view events and who was going to those events (totes important), be a member of groups (Class of 2009 baby!), and even receive private messages from your crush – sans emojis.

A few years later, however, my family members started showing up. First my uncle with a Johnny Depp profile picture. Then random extended family and friends who I hadn’t seen in years began embracing the young generation lexicon – responding to posts with “Lol” and “WTF” – with 7,000 exclamation marks. Next, came the million invites to play Farmville, Duckville, and Huge-waste-of-my-time-ville from said individuals. And lest we forget, the liking and commenting on everything I ever liked, commented on, or posted. Granted, the comments were nothing like the flack some of my other Facebook friends received (i.e. “Why are you posting a picture of yourself in your bikini?! I can see your nipples!”), but, it was still embarrassing. Thank goodness for privacy settings.

But apparently, Facebook’s gunning to provide every application – photos, comments, likes, pokes, games, messages, chat, etc., in a one-stop shop, has become its undoing. The young-ins don’t want a thousand different activities on one site, they want several platforms, each with a specific purpose, (and usually visually-centric, to indulge in voyeurism), i.e. Instagram, Twitter, Snapchat, etc.

A May 21, 2013 study on Teen, Social Media and Privacy conducted by the Pew Research Center and the Berkman Center for Internet & Society confirmed that Facebook is no longer the most popular social media site among teens.

Time.com, The Economist, Huffington Post, and Slate and countless other media voices have also heralded Facebook’s end times. But fear not Facebook old-timers! The Teen, Social Media and Privacy study specifically addressed stories reporting Facebook’s demise: “And while multiple headlines have proclaimed some variation of the ‘death of Facebook,’ there were no indications in either the national survey or the focus groups of a mass exodus from Facebook.” 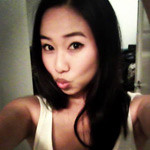 View all posts by Victoria Lee