There are certain areas in my home, no matter how organized I am elsewhere, that are constantly a mess. My desk drawers are the worst—because I can easily close and forget about them, they’re overflowing with miscellaneous documents, craft supplies I never use, and about a thousand BIC pens. My underwear/sock/pajama drawer is equally as bad, as one might expect a drawer designated for three different kinds of clothing items might be. There’s a drawer theme going on here—I guess these things need to be hidden somewhere, and if they’re not ready for the twice-annual purge, there they’ll stay, chaotically disorganized and barely containable.

But it’s my digital life that needs a purge more than anything. Going through my inbox every morning or trying to recall one of many login combinations is a lot like rummaging through a junk drawer. Every possible thing you could imagine that you don’t need is in there, but the one thing you do need isn’t—or it’s way in the back corner that you swear you already checked five times. It’s maddening. It’s exhausting. And it’s a waste of time.

On any given day, I might log in to Gmail, Facebook, Twitter, Instagram, four separate WordPress accounts, Bloglovin’, LinkedIn, Hotmail (for newsletter spam—don’t judge), and my school portal—not to mention the handful of other social media or news resource sites I log in to less frequently. If you include the accounts I never log in to—but which occasionally send me emails I delete feverishly—and then consider the amount of time actually spent in front of the computer each day (a lot, if you’re a freelancer), that’s a lot of life wasted logging in.

So, you know, technology is great and all, but could we maybe just tone it down with all this stuff?

Digital minimalism is, in fact, a thing. It’s a lifestyle even, and one I’d like to practice. Have you ever Googled yourself and were horrified to find that your long-dormant MySpace profile showed up on the second page? Well, you should be comforted by the likelihood that you’re the only person checking the second-page results. Still, you could rid yourself of that anguish by shutting it down, along with the Pinterest account that sends you into a depressive binge, the Tumblr page you haven’t updated in months, and the Vine account you never really knew what to do with anyway.

And we’ve all met people who aren’t on Facebook. Like unicorns, they’re both fascinating and rare, and they tend to inspire great discussion among their peers—at parties, to which they still somehow receive an invite, despite being cut off from the online social world—about how bold and liberating it is of them to opt out. (You get the sense, too, that they’re a bit weary of the topic, which has undoubtedly come up each time they reluctantly admit they’re not on Facebook.) But it’s not that hard to do the same if something is wearing you down. Fear of Missing Out syndrome is curable, if that’s what’s holding you back.

Our online presence may not be a tangible thing we can physically hold or throw in a drawer, but any clutter—physical or not—can take a toll on our mental well-being. If we made the effort once a week to unsubscribe from a newsletter we no longer want to receive instead of just deleting it, or even hide friends who spam our feeds on Facebook, maybe we’d start to feel lighter and a little less ambivalent about logging on every day. Maybe we’d actually get things done. Maybe our time spent online would be less than the time we spend in face-to-face interactions each day. Instead of being social media aficionados, we could just be social. 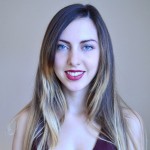 View all posts by Cassie Paton