An earlier bell in elementary school may mean less sleep, but it doesn’t affect learning for those children, according to research in a pair of studies published Oct. 13 in the journal Educational Evaluation and Policy Analysis.

Most other studies have looked at older students who have been found to benefit from later openings because of biological changes in their sleep.

“We found earlier start times for elementary schoolers do not have the same negative effects as they do for middle and high schoolers,” said study co-author Sarah Crittenden Fuller, a research associate professor at the University of North Carolina at Chapel Hill.

“For elementary students, earlier start times predicted only a slight increase in absences and a small increase in math scores,” Fuller said in a journal news release.

One of the studies covered all public, non-charter elementary schools in North Carolina from the 2011-2012 school year through the 2016-2017 school year.

The other study focused on an urban district in North Carolina that changed its elementary and high school start times in 2016-2017. The authors examined the relationship between start times and student absences, suspensions and achievement on standardized exams.

They found school start times have the largest impact on traditionally disadvantaged groups.

“To the extent that districts can change start times to bring middle- and high-school start times in line with the science on adolescent sleep, this may help close achievement gaps,” said Fuller.

“In addition, traditionally disadvantaged groups may benefit most from supports that schools and districts can provide to address disruptions in childcare and transportation created by a change in start times,” she said.

“As a number of districts and, notably, the state of California, adjust school start times to allow high schools and middle schools to start later, our findings offer reassurance that moving elementary schools to earlier start times is unlikely to harm the educational outcomes of the youngest students,” said study co-author Kevin Bastian, also a research associate professor at UNC.

The U.S. Centers for Disease Control and Prevention has more on school start times. 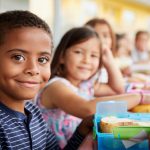