Playing video games may seem sedentary, but it can be enough to trigger life-threatening heart arrhythmias in certain vulnerable children, a new report finds.

Researchers in Australia pulled together reports of 22 children and teens who suffered heart rhythm disturbances while playing video games. In many cases, the children suddenly blacked out, with some going into cardiac arrest — which is fatal without immediate emergency treatment.

It’s not clear how common such incidents might be, experts stressed. But in nearly all of these cases, the children had underlying heart conditions — sometimes known, and sometimes unrecognized until the gaming incident.

“Any child that has a new black out, faint, collapse or seizure should be checked out by their local or family doctor who can determine if further tests are necessary,” said lead researcher Dr. Claire Lawley, a pediatric cardiologist at Sydney Children’s Hospitals Network in Sydney.

“Not all faints are dangerous,” she stressed. “In fact, most faints are not dangerous, but some can be. Detecting those children with episodes that are dangerous is important. Once doctors have detected a child or teenager with a heart rhythm condition, medical treatment is extremely effective at keeping them safe and well.”

Dr. Daniel Sohinki, a cardiologist at the Medical College of Georgia at Augusta University, agreed that vigilance by parents is key.

“If there are any symptoms suggestive of a cardiac disorder, get it checked out,” said Sohinki, co-author of an editorial published online with the report in the Oct. 11 issue of the journal Heart Rhythm.

He made another point: Gaming is no longer just a pastime. In the last 20 years, it has evolved into a competitive “sport.” Individual players and teams compete in sponsored “esport” events that are streamed online or broadcast on ESPN and other channels — sometimes with huge cash prizes at stake.

Meanwhile, 175 U.S. colleges and universities have varsity esport programs, according to the National Association of Collegiate Esports.

It might be “reasonable,” Sohinki said, to screen collegiate esports participants for underlying heart abnormalities — as traditional student athletes are.

“These esport events are like traditional sporting events in many ways,” he said.

The circumstances surrounding the cases in Lawley’s report were not always clear, including whether any occurred at a competitive event. There were instances, though, where physical and/or emotional stress seemed to act as triggers.

In one case, Sohinki noted, the child suffered an arrhythmia after jumping up to celebrate a victory. Another involved a child who was fighting over game control with a sibling.

Even in the absence of any jumping around or fighting, Sohinki said, gaming can involve an adrenaline rush that affects the cardiovascular system in a manner similar to physical exertion — including raising blood pressure and heart rate.

For the report, Lawley’s team gathered international case reports of children or teenagers who suffered a proven or suspected arrhythmia while gaming.

In many cases, the child developed heart palpitations and either fainted or became lightheaded and nauseated. Several kids went into cardiac arrest — where the heart stops beating and cannot pump blood to the rest of the body. It is fatal within minutes without emergency treatment.

Unfortunately, four of the 22 kids either could not be resuscitated, or no attempt was documented.

For most of the children (19), an underlying heart abnormality was to blame. The most common culprit was a condition called catecholaminergic polymorphic ventricular tachycardia — a genetic disorder that can cause an abnormally fast heartbeat in response to exercise or emotional stress.

In some cases, the children were known to have a heart condition before the gaming incident occurred. More often, the heart problem had existed under the radar.

Does that mean no gaming? Not necessarily, and the 22 cases outlined in the Australian study do seem to be very rare.

“Given we don’t know exactly how many children actually play computer games [although we suspect the number is very large], it’s challenging to estimate this phenomenon’s exact prevalence,” Lawley said. “But it would appear to be rare.”

The absolute risk of a gaming-induced arrhythmia is unknown, and it’s not clear whether gaming carries any greater or lesser risk for kids with underlying heart conditions than other activities do.

Sohinki recommended that parents work with their child’s doctor to make sure the heart condition is “optimally” managed, which typically means medications or in some cases implanted devices, to prevent rhythm disturbances.

Then they can discuss the risk versus benefits of gaming, Sohinki said.

The American Heart Association has more on child heart arrhythmias. 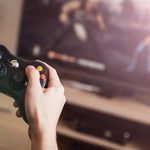