Could a Hot Cup of Tea Preserve Your Vision?

A spot of hot tea in the afternoon might help you save your sight, new research suggests.

The study of U.S. adults found that people who drank hot tea on a daily basis were 74 percent less likely to have glaucoma, compared to those who were not tea fans.

Experts were quick to stress that it may not be tea, itself, that wards off the eye disease. There could be something else about tea lovers that lowers their risk, said senior researcher Dr. Anne Coleman.

But the findings do raise a question that should be studied further, according to Coleman, a professor of ophthalmology at the University of California, Los Angeles.

“Interestingly,” she said, “it was only hot, caffeinated tea that was associated with a lower glaucoma risk.”

Decaf tea and iced tea showed no relationship to the disease. Neither did coffee, caffeinated or not.

It’s hard to say why, according to Coleman. “Is there something about the lifestyle of people who drink hot tea?” she said. “Do they exercise more, for example? We don’t know.”

Glaucoma refers to a group of diseases where fluid builds up in the eye, creating pressure that damages the optic nerve. It’s a leading cause of blindness in older adults, according to the American Academy of Ophthalmology (AAO)

Some people face a higher risk than others, the AAO says: They include blacks, people with a family history of glaucoma, and people with high blood pressure, diabetes or other conditions that affect blood circulation.

Some studies have suggested that people who drink a lot of coffee have a heightened glaucoma risk. Others have hinted that caffeine can temporarily boost pressure within the eye.

On the other hand, some studies have failed to find a coffee-glaucoma link, Coleman said.

Her team decided to see whether there is any connection between glaucoma and not only coffee, but tea or soda — caffeinated or not. So the researchers turned to data from a nationally representative government study where U.S. adults underwent eye exams and filled out nutrition surveys.

Overall, Coleman’s team found, the odds of having glaucoma were 74 percent lower among people who said they drank hot tea more than six times a week, versus non-drinkers.

That was with a number of other factors taken into account — including age, weight, diabetes and smoking habits.

Still, it’s impossible to conclude that tea, itself, deserves the credit, Coleman said.

Other lifestyle factors might be at work, she explained. And with diet, Coleman noted, it’s always hard to disentangle any effects of a single food or nutrient from the rest of a person’s eating habits.

That said, she pointed to some theoretical reasons why tea could be beneficial. It contains a range of plant chemicals that may fight inflammation and protect body cells from accruing damage.

The findings were published online Dec. 14 in the British Journal of Ophthalmology.

For now, Coleman recommends focusing on some proven steps.

“The important first step is to not take your eyes for granted,” she said. “Go in for that comprehensive eye exam.”

Dr. Davinder Grover, a clinical spokesperson for the AAO, agreed.

He said people should get a “baseline” eye exam with an ophthalmologist at the age of 40 — a time when early signs of eye disease may start to emerge.

Some people may need to start earlier, Grover noted — such as those with relatives who developed glaucoma early, in their 40s or 50s.

As for prevention, there is no surefire way to ward off glaucoma. But people may curb the risk by minding their overall health — their cardiovascular health, in particular, he said.

“So if you have diabetes or high blood pressure, try to get that under control,” Grover said.

Coleman stressed another point: Even when glaucoma is already present, it can be treated — with eye-drop medications or laser surgery, for example. That can prevent damage to the optic nerve and vision loss.

Damage to the optic nerve is not, however, reversible, Grover said. So early detection and treatment are vital.

“The name of the game is prevention,” Grover said. “If we catch glaucoma early and treat it appropriately, the vast majority of the time, we win.”

The AAO has more on glaucoma. 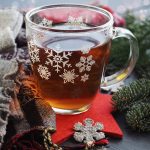