People with strong self-esteem are more likely to develop deep, supportive friendships, and new research suggests that the connection works the other way, too.

“For the first time, we have a systematic answer to a key question in the field of self-esteem research: Whether and to what extent a person’s social relationships influence his or her self-esteem development, and vice versa,” study author Michelle Harris said in an American Psychological Association news release. She’s a post-doctoral fellow at the University of Texas at Austin.

It turns out, Harris said, that self-esteem and friendship are mutually reinforcing.

That conclusion comes from a review of 52 studies that examined the impact of self-esteem and friendships among more than 47,000 men and women. The studies were conducted between 1992 and 2016, across a wide range of countries, including the United States.

Six out of 10 participants were white, and ages ranged from early childhood to seniors.

The cycle may have deep roots in the way kids are raised, the study authors said. Parents who instill a strong self-esteem in their kids may be helping them to develop healthier friendships later on, the researchers suggested. And, in turn, such friendships end up further boosting self-esteem.

“The reciprocal link between self-esteem and social relationships implies that the effects of a positive feedback loop accumulate over time and could be substantial as people go through life,” Harris said in the news release.

Researchers said much remains unknown, and more study will be needed.

The findings were published online Sept. 26 in the Journal of Personality and Social Psychology.

The U.S. Department of Education has more about helping kids gain confidence. 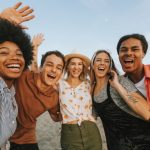