Can Too Much Screen Time Raise a Child’s Odds for OCD?

Preteens who spend much of their free time watching online videos or playing video games may have a heightened risk of developing obsessive compulsive disorder (OCD), a new study suggests.

Researchers found that among 9,200 9- and 10-year-olds they assessed, the odds of developing OCD inched up with every daily hour kids devoted to online videos (such as on YouTube) or video gaming.

That doesn’t mean kids are perfectly fine until they start browsing the video website. Experts said it’s possible that those on a trajectory toward OCD start to compulsively watch videos or become “addicted” to gaming.

In fact, he added, it’s likely there’s a “bi-directional relationship.”

That is, compulsive kids may be drawn to play video games again and again, or watch online videos, where algorithms that feed them a continuous supply of additional videos can pull them down a rabbit hole. All of that, in turn, may worsen their compulsiveness.

The bottom line, Nagata said, is that parents would be wise — for a number of reasons — to keep an eye on their kids’ screen time.

OCD is a chronic disorder in which people have uncontrollable, recurring thoughts that spur behaviors they need to repeat again and again. They become reliant on certain rituals — whether it’s compulsively washing their hands, making sure household items are placed a particular way, or checking that appliances are turned off.

There are two points in life when OCD most commonly arises, and one is the preteen years, Nagata said. The other is early adulthood.

With “screen time” taking up so much of modern life, Nagata and his colleagues wanted to see whether there was a relationship between kids’ technology use and their odds of developing OCD symptoms.

They turned to data from an ongoing government-funded study that is tracking health and brain development among nearly 12,000 kids nationwide. The researchers focused on just over 9,200 who were 9 or 10 years old when they entered the study.

At that point, the kids were averaging four hours of screen time a day.

Over the next two years, 4.4% of the study participants developed OCD, based on a standard questionnaire that parents completed. The odds of that rose for every additional hour per day that a child spent playing video games (by 15%) or watching videos such as on YouTube (by 11%).

Other types of screen time — including TV, texting and social media — were not linked to OCD risk.

It’s not clear why, but Nagata said it’s possible that gaming and online videos are distinct in grabbing some kids’ focus. Video games could, for example, feed into perfectionism, where kids strive again and again for that high score. And then there’s the YouTube rabbit hole.

He agreed that the relationship between OCD risk and video watching and gaming is likely a two-way street.

People who are compulsive are at increased risk of “problematic internet use,” Hollander said, but it’s also the case that such internet use could worsen compulsive behavior.

He noted that the increased risks tied to videos and gaming were not huge, but limiting kids’ screen time is a good idea.

Kids need to engage in a variety of activities, and should be able to “switch” among them, according to Hollander.

“Doing one thing, over and over, is not good,” he said.

Both doctors noted that concerns about kids’ screen time have been heightened by the COVID pandemic. In this study group, kids’ average recreational screen time — not school-related — hit eight hours a day at the beginning of the pandemic.

At the same time, other studies have shown, kids’ mental health worsened in many ways.

None of that means parents should ban screens (even if they could), the experts said.

“Screen time isn’t inherently bad or good,” Nagata said. But, he added, it should not displace physical exercise, time spent outdoors or with friends, or sleep.

Nagata pointed to recommendations from the American Academy of Pediatrics, which no longer offer particular time limits on screen use, but encourage parents to have ground rules. That might mean kids cannot use devices in their bedrooms, or soon before bedtime, or during family time.

As for OCD, Hollander said excessive gaming or video watching could be signs that a child should be screened for the condition. The good news, he added, is that early treatment — including behavioral therapies — often works.

“If you pick it up early and intervene,” Hollander said, “kids with OCD do pretty well.”

The findings were published recently in the Journal of Adolescent Health.

The U.S. National Institute of Mental Health has more on obsessive compulsive disorder. 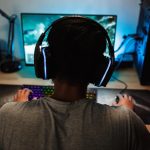