Are Women Surgeons Better Than Men?

TUESDAY, Oct. 10, 2017 — The gender of a surgeon appears to have little to do with the outcome of an operation.

A Canadian study found that patients operated on by women had no more complications or problems after surgery than did patients whose surgeons were men.

“Our findings have important implications for supporting sex equality and diversity in a traditionally male-dominated profession,” the study authors wrote.

The researchers, led by Dr. Raj Satkunasivam, a Houston Methodist Hospital surgeon previously at the University of Toronto, investigated whether gender plays a role in surgical skills and outcomes.

The team analyzed the link between surgeons’ gender and the results of 25 common surgical procedures over an eight-year span.

In the first few weeks after surgery, patients operated on by women had slightly lower death rates than those treated by male surgeons, the study found. The difference may be related to closer adherence to guidelines or greater communication and patient-centered care, the study authors suggested.

However, there were no significant differences in complications or readmission rates among the patients treated by women and those operated on by men, according to the report published Oct. 10 in BMJ.

The researchers also found no differences in outcomes among patients who had emergency surgery and did not select their surgeons.

The study authors noted in a journal news release that their findings do not prove cause and effect, and do not suggest that patients should choose a surgeon based on gender.

The American Medical Association has more about gender differences among medical specialties. 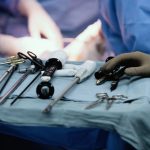