When young adolescents strongly identify with a gender that does not match their gender at birth, one option is to offer a reversible treatment that can delay the onset of puberty.

If the desire to transition endures, that delay can be followed with a second step: hormone treatments designed to trigger physical changes that match a young person’s true sense of identity. But that begs the question: how soon is too soon?

According to a new Dutch study, the answer is clear: years after young teens initiate puberty suppression and hormone treatment, nearly all continue to embrace the transition process as young adults.

“This study is the first in its kind,” noted lead author Dr. Marianne van der Loos, an internal medicine physician at the Centre of Expertise on Gender Dysphoria at Amsterdam University Medical Centers (UMC) in the Netherlands.

“We found that, even 10-15 years after starting gender-affirming hormones, a minimum of 98% were still using these hormones,” she noted. “That means that only 2% might have stopped hormone treatment.”

And that’s a “reassuring” finding, said van der Loos, “regarding possible regret of transitioning in adolescence.”

The study, published Oct. 20 in The Lancet: Child & Adolescent Health journal, involved 720 Dutch adolescents who struggled with so-called “gender dysphoria,” a term defined as a mismatch between biological gender and gender identity.

All had embarked on at least three months of puberty suppression before the age of 18, before going on to gender-affirming hormone treatment. Hormone treatment was variously used between the ages of 15 and just shy of 18.

Tracking continued for several years until the end of 2018, by which time all the patients were between the ages of 18 and 25.

At that point, investigators sifted through data that showed how many patients were continuing to take gender-affirming hormone treatment as young adults. The conclusion: 98%.

Van der Loos said she and her colleagues were not surprised by the findings, given that “all participants in this study went through a thorough diagnostic process and were counseled by a mental health professional before, during and after start of medical treatment.”

The take-away, she said, is that “teens struggling with their gender identity should be listened to always,” rather dismissing or minimizing their feelings and concerns about gender identity as “a whim of the moment.”

That thought was strongly echoed by Dr. Jack Turban, an assistant professor and researcher focusing on the mental health of transgender youth within the Division of Child and Adolescent Psychiatry at the University of California, San Francisco.

For one thing, Turban pointed out that current U.S. guidelines “emphasize the need for a comprehensive bio-psychosocial mental health assessment prior to initiating gender-affirming medical care for adolescents.”

The goal, he said, is “to ensure adolescents and their families understand these treatments in great detail — what they do, what they do not do, risks, benefits and potential side effects — prior to initiating medical interventions.”

The Dutch study, while much larger than prior investigations, “generally reaffirms what past research has shown,” Turban said: There is little evidence that children who embark on a transition process as teens will come to regret that decision.

A small number may end up stopping hormone treatment down the road, he acknowledged. But the reasons for doing so vary greatly, and are as likely to include feeling “satisfied with the effects they’ve already achieved.” Loss of insurance coverage is another possible reason.

Yet “some in political arenas have spread misinformation suggesting that the vast majority of adolescents who begin gender-affirming medical care will later stop that treatment and regret it,” Turban noted. “This study adds to the body of research arguing against that misinformation.”

There’s more on gender dysphoria at the American Psychiatric Association. 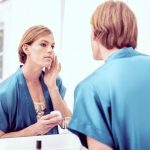