When birth rates fall in the United States, experts try to figure out what’s happening.

But it’s not that young people today don’t want children, new research suggests. In fact, they want about as many as their parents had.

Instead, young Americans may simply be having more difficulty achieving life goals in order to have kids, said study co-author Sarah Hayford, director of the Ohio State University Institute for Population Research.

The U.S. fertility rate peaked during the post-World War II baby boom, at 3.58 in 1958 and reached a low of 1.77 in 1972. After a rebound, birth rates plummeted during the Great Recession starting in 2008 and continued to drop even after, Hayford said.

For the study, Hayford and co-author Karen Benjamin Guzzo, director of the Carolina Population Center at the University of North Carolina at Chapel Hill, used data from the U.S. National Survey of Family Growth.

They looked at 13 groups of women and 10 groups of men born between the 1960s and 2000s. Participants were asked whether they planned to have kids and how many they expected to have.

One factor is a reduction in unintended births, researchers said.

The study also found evidence that as people age, they change their minds, reducing the number of kids they want.

Finances and taking longer to find a romantic partner can explain some of the delays, Hayford said.

“Obviously in the United States it’s expensive to have children, so people want to wait until they’re financially in a place where they feel like they can manage having children, and that’s taking a longer time,” Hayford said.

“It’s harder to buy a house or to find a stable place to rent,” she added. “Housing feels like it takes longer to line up.”

The delay may mean that people who have trouble conceiving will have less time to manage the problem. That can make it harder to fulfill the goal of having two or three children, Hayford said.

Jennifer Barber, a professor of sociology and senior scientist in the Kinsey Institute at Indiana University, reviewed the findings.

“I agree with their conclusion that people are just preferring later childbearing,” Barber said. “And when you delay it, you’re taking the risk that maybe you’re not going to get to do it.”

This delay in childbearing may dovetail with another trend — young people having an extended transition to adulthood because it takes longer to establish a household or a career. As a result, people move back in with their parents for a while, Barber said.

“I do think what you’re seeing is this delayed preference for delayed childbearing does really reflect young people’s desire to wait to form families and to wait to have kids,” Barber said. “It reflects their uncertainty about whether they have the stuff it takes to form a family.”

“As long as people are struggling to make ends meet, you’re going to keep seeing these same things,” she said.

The study also notes that barriers exist in the United States around economics, child care and health insurance.

“Forming your family is one of the most important things that contributes to our well-being over the long run,” Barber said. “Being able to achieve the family that you want has huge implications just for individual humans about their happiness and their well-being and their health.”

This all matters in a bigger societal way, too.

If there are not enough young people to work and pay into Social Security, there won’t be enough money for retirees to draw from it, for example. In terms of consumer markets, there may not be enough people to buy goods.

Some of those problems can be managed by changing the retirement age or increasing immigration rates, Hayford said.

Research for the new study was done prior to the COVID-19 pandemic, and looking at the impact of that on fertility will happen in the coming months and years.

Most Americans do have children eventually, Hayford said, including about 80% of women who will have at least one.

The findings were recently published in the journal Population and Development Review.

The U.S. Census Bureau has more on fertility rates. 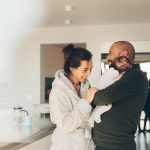