In a move that could affect millions of American women, the Trump Administration is poised to roll back a federal mandate requiring that birth control be available as part of employer-based health plans.

Instead, new rules — expected as early as Friday — would give employers much wider leeway to declare themselves exempt from providing contraception due to moral or religious objections, The New York Times reported.

More than 55 million women currently have access to free birth control due to the contraceptive coverage mandate, according to data compiled under the Obama administration. The new rules would also affect hundreds of thousands of women who get free contraception under the Affordable Care Act.

The expected action from the White House fulfills a promise President Donald Trump made to voters during the 2016 election campaign.

According to the Times, wording in the new rules offers an exemption to any employer based on “moral convictions” or because it objects to covering birth control services “based on its sincerely held religious beliefs.”

The birth control mandate was the focus of intense litigation during the Obama Administration, as companies, hospitals, charitable groups and other organizations with moral objections sought to distance themselves from providing birth control to female employees. In one such case, an order of nuns called the Little Sisters of the Poor said the mandate would make them “morally complicit in grave sin,” the Times reported.

On the campaign trail, Trump told voters that he would “make absolutely certain religious orders like the Little Sisters of the Poor are not bullied by the federal government because of their religious beliefs.”

But the new move is expected to prompt even more legal battles — this time from groups advocating for women and public health.

In a statement, Dr. Anne Davis, consulting medical director for Physicians for Reproductive Health, said the rollback could send many American women “back to the days when patients couldn’t afford the birth control that helps them live healthier lives.”

“No matter where they work, women need and deserve birth control access,” Davis said. “An employer’s beliefs have no place in these private decisions, just as they would not in any other conversation about a patient’s health care. It’s a dangerous intrusion into a woman’s privacy and her ability to get the care she needs.”

“Let’s be clear: this rule has nothing to do with religion. Under the Affordable Care Act religious organizations already have an accommodation that still ensures their employees get coverage through other means,” she said. “This rule is about taking away women’s fundamental health care, plain and simple.”

But the Trump administration said that in expanding exemptions, it is honoring objections to contraceptive coverage on moral as well as purely religious grounds.

Companies that now decide to opt out of contraceptive coverage are required to notify employees, the new rules state.

The new rules are to take effect immediately, the Trump administration said, because “it would be impracticable and contrary to the public interest to engage in full notice and comment rule-making.” Public comments are being accepted, however.

There’s more on contraception at the American College of Obstetricians and Gynecologists. 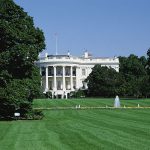