When You Time Your Workout May Be Key to Staying Slim

Losing weight is one thing, but keeping it off is another. Now, a new study suggests that exercising at the same time each day is key.

The research, on 375 adults who maintained a weight loss of 30 or more pounds for at least a year, showed that consistent timing of exercise was linked with higher physical activity levels overall. The most common time to exercise? Early morning.

“As long as you’re consistent, the time of day doesn’t seem to really matter. The best time to exercise is when you can exercise,” said study author Dale Bond. He’s a professor of psychiatry and human behavior at Brown University’s Alpert Medical School in Providence, R.I.

“Our speculation … is that in order to maintain a large weight loss over a long period of time, behavioral consistence is key,” Bond added. “But in terms of higher physical activity levels, it might be that exercising at the same time each day fosters a habit. You don’t have to think about it — it’s like brushing your teeth. You just do it.”

Nearly half of American adults surveyed between 2013 and 2016 said they’d tried to lose weight during the prior year, according to the U.S. National Center for Health Statistics.

But 2010 research indicated that only about one in six Americans who has ever been overweight or obese loses weight and keeps it off.

For the new study, Bond and his colleagues evaluated whether time-of-day consistency in moderate to vigorous exercise was related to maintaining those activity levels. All of the study participants were successful weight-loss maintainers in the National Weight Control Registry.

About 68% of participants reported consistently exercising in the same time frame, either early/late morning, afternoon or evening. These individuals reported a higher frequency of moderate to vigorous exercise, as well as exercising for longer periods.

These study participants were also 12% more likely to meet national guidelines for moderate to vigorous exercise — which suggest 150 minutes per week or more — than participants who exercised at inconsistent times of day.

Nearly half of participants who exercised at consistent times did so in the early morning. But the timing of exercise itself didn’t seem to be linked to higher physical activity levels — just the consistency of that timing. The study couldn’t prove cause and effect.

The study was published online recently in the journal Obesity.

Dr. Joshua Septimus is an internist at Houston Methodist Hospital in Texas. He said, “Human beings are creatures of habit, so it doesn’t matter what time you pick — what matters is that you’re consistent about exercise.” Septimus wasn’t involved in the new study.

“This simply confirms that if you’re not episodic, you’re more likely to succeed. We’re always trying to provide our patients with tools,” Septimus added. “Now I can tell them, you need to exercise five times a week, and there’s evidence that if you do it around the same time every day, you may be more successful.” 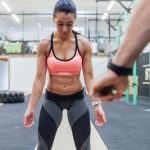