What Women Seek in a Mate — Or Just a Fling

Women looking for a husband tend to rule out flashy guys, a new study reports. But if she’s just in it for sex, a dude with bling will do.

The study of more than 100 women found a man’s practical side carries more weight than bling for those deciding on a lifelong mate.

For the study, more than 100 women read descriptions of two men buying cars, each with the same amount to spend. One guy bought a new car based on reliability, while the other chose a used car and spent the balance on new paint, large wheels and a high-end sound system for the car.

The women rated the second fellow higher for brief sexual encounters. However, they deemed the new-car buyer more appropriate for a long-term committed relationship in which to raise a family, according to the study.

The study participants demonstrated an “intuitive understanding” of behaviors that indicate short-term versus long-term potential, said study author Daniel Kruger, of the University of Michigan.

They also appear to have lower paternal investment and interest in long-term committed romantic relationships, he added.

The findings were published online recently in the journal Evolutionary Psychological Science.

Study co-author Jessica Kruger, of the University at Buffalo, in New York, said the findings shed light on how human psychology applies to technologically advanced and wealthy societies.

The finding “contrasts with the notion that men’s conspicuous resource displays are attractive to women because they reliably signal expected future resource investment in partners and especially in offspring,” she said. 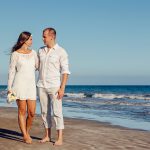