Tip the Scale in Your Favor

Whether you track your diet efforts on paper or with an app, frequent and consistent self-monitoring contributes to success. However, one aspect of recordkeeping — how often to get on the scale — has been the subject of much debate.

Daily weigh-ins used to be thought of as negative, capable of discouraging you if the pounds didn’t come off fast enough, or if day-to-day fluctuations were frustrating. But more recent research has found that it can be a powerful motivator.

While there’s a lot more to dropping pounds than just getting on the scale, weighing yourself can be an important part of the plan. One study found participants achieved weight loss success with daily self-monitoring that included a weigh-in, counting steps and recording fruit, vegetable and water intake.

Stepping on the scale every day can also help you avoid the natural tendency to gain weight as you age by alerting you early on should pounds sneak on, enabling you to adjust your calorie intake. And, equally important, it plays a role in maintaining weight loss.

Surveys show that people who successfully keep weight off are more likely to weigh themselves frequently as part of their maintenance plan. The scale in essence functions as an early warning detection system, showing you if your weight starts to creep up.

The problem is that, over time, people lose interest in tracking their weight, said University of Pittsburgh researchers who followed a group of dieters for a year and a half. Even though weigh-ins helped with weight loss over the first 6 months, adherence to using the scale progressively declined over the following year.

The answer is to make getting on the scale as much of a habit as brushing your teeth, and to log your weight every day, whether you use your computer, smartphone or an old-school paper record.

Consumer Reports has more tips on the best ways to weigh yourself for accuracy and motivation. 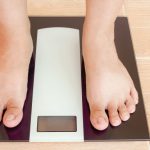