The U.S. Supreme Court is on the verge of striking down the landmark Roe v. Wade ruling, a leaked draft opinion shows.

In the draft opinion, a majority of the court voted to overturn the 1973 decision that granted abortion rights to all American women.

“It is time to heed the Constitution and return the issue of abortion to the people’s elected representatives,” Supreme Court Justice Samuel Alito wrote in the draft opinion, which was crafted and circulated among the justices back in February. The landmark ruling “was “egregiously wrong from the start. Its reasoning was exceptionally weak, and the decision has had damaging consequences. And far from bringing about a national settlement of the abortion issues, Roe and Casey have enflamed debate and deepened division,” the draft opinion stated.

The news was first reported by Politico.

If the court’s final decision does match the leaked opinion, it would represent a massive shift in U.S. law and trigger political clashes nationwide about whether and how abortion should be limited.

Roughly half of U.S. states are expected to ban abortion if Roe v. Wade is overturned, mostly in the South and Midwest, the Times reported. Without access to legal abortion, illegal and dangerous abortions are likely to continue, with the burden likely disproportionately falling on poor women who can’t drive to other states for the procedure.

Research has suggested that overturning Roe would reduce the number of legal abortions by around 14 percent, according to the Times. Many states would still provide the procedure, and some are taking steps to help women in states that ban it. But women who cannot travel will be left with few options: Ordering pills online, conducting dangerous procedures themselves or going through with the birth.

Visit the Guttmacher Institute for more on abortion laws across the United States. 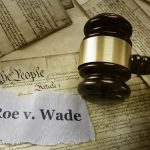