If there was something you could do to ward off Alzheimer’s disease, would you do it?

If so, a new study has a suggestion: Get moving.

Gandy, who was not involved in the study, noted that both maintaining normal blood pressure and blood flow to the brain are important in heart health and brain health.

“We have learned through other data, however, that overaggressive blood pressure control in the elderly is not always a good thing, so the situation is very complex, and each study must be scrutinized individually,” he said.

The new study will be presented at the American Academy of Neurology annual meeting, scheduled for April 2-7 in Seattle. The researchers, led by Dr. Edward Zamrini of the Washington VA Medical Center in Washington, D.C., collected data on nearly 650,000 veterans in the Veterans Health Administration database, average age 61, who were followed for approximately nine years. The participants were divided into groups from least fit to most fit.

“One exciting finding of this study is that as people’s fitness improved, their risk of Alzheimer’s disease decreased — it was not an all-or-nothing proposition,” Zamrini said in a meeting statement. “So people can work toward making incremental changes and improvements in their physical fitness, and hopefully that will be associated with a related decrease in their risk of Alzheimer’s years later.

“The idea that you can reduce your risk for Alzheimer’s disease by simply increasing your activity is very promising, especially since there are no adequate treatments to prevent or stop the progression of the disease,” Zamrini added. “We hope to develop a simple scale that can be individualized so people can see the benefits that even incremental improvements in fitness can deliver.”

Research presented at medical meetings are considered preliminary until published in a peer-reviewed journal.

Claire Sexton, director of scientific programs and outreach at the Alzheimer’s Association, cautioned that this study can’t prove that physical fitness prevents Alzheimer’s disease, only that there seems to be a connection.

Taking this limitation into account, this study asks if physical fitness is associated with reduced risk of Alzheimer’s disease and other dementia. “These results indicate the answer is yes and, importantly, the authors found that in this study population, there was no maximum level of benefit — the more fit the study participants were, the lower the risk,” Sexton said.

She noted that a study called the U.S. Study to Protect Brain Health Through Lifestyle Intervention to Reduce Risk — known as U.S. POINTER — is getting underway.

The hope is that this study can help show that lifestyle can have a positive effect on preventing Alzheimer’s disease and other dementias, Sexton explained.

This two-year clinical trial will evaluate whether lifestyle interventions that target multiple risk factors can protect cognitive function in older adults who are at increased risk for cognitive decline. The interventions in the study encourage increased exercise, a healthy diet, thinking and social stimulation, and self-management of heart and vascular health, she said.

“If the U.S. POINTER interventions prove effective, this study will lead the way in the development of an accessible and sustainable community-based program for prevention,” Sexton said. 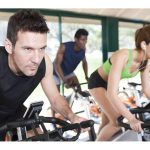