A global study about what men and women want in a mate seems to confirm — to a point — long-established stereotypes.

Men still go for looks — in general they said their preference is for a partner who is younger and physically attractive. Women said they’d prefer an older partner who’s ambitious and has good financial prospects.

The researchers, from the University of Texas at Austin, explained that these responses, which came from 10,000 participants in 33 countries, can probably be traced back to the respective mating challenges men and women faced throughout the course of human evolution.

On a more positive note, both sexes do gravitate toward some of the same less superficial traits — a pleasant disposition, good social skills, and similar politics and religious beliefs.

Another study with an international team of researchers found that men and women approach relationships in another similar way: They’re both influenced by deal breakers, or perceived negative traits, and deal makers, the traits that they find most appealing.

Both sexes process these pros and cons simultaneously when they meet someone new and apply higher standards when considering someone for a long-term relationship. Also, deal breakers have a greater influence on choices than deal makers — it’s easier to be turned off by the negatives than to be turned on by the positives.

Deal breakers range from unhealthy — even dangerous — lifestyle habits like substance abuse to being too needy, lazy or unkempt. Deal makers include, not surprisingly, being attractive and having a solid career, but also being kind, smart and having a good sense of humor.

Read more about the University of Texas at Austin study at Futurity.org. 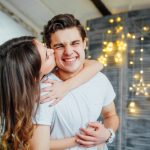