ONCE AGAIN, conservative anti-abortion lawmakers have proved that they are adept at coming up with creative ways to make getting abortions harder for women, despite abortion being a federally-protected right for more than 40 years. The latest attack on the right to abortion comes out of Texas, where lawmakers have enacted regulations that “will require fetal tissue to be cremated or buried, no matter the stage of development.”

We’ve written about Targeted Regulation of Abortion Providers, or TRAP, laws before, which are designed to make the act of procuring an abortion so difficult, time-consuming, and drawn-out that it becomes almost impossible to get one. Some of the favorite state TRAP laws currently on the books include requiring abortion clinics to meet the same requirements as ambulatory surgical facilities, requiring doctors performing abortions to have admitting privileges at nearby hospitals, and requiring a mandatory 24-hour wait period (sometimes longer) between an intake appointment and the actual procedure. The legislators who have worked to pass these laws claim that they have the best interests of women and their health at heart, but many, like Governor Phil Bryant of Mississippi, have admitted that they are really steps “in a movement to… try and end abortion.”

These new rules requiring funerary services for fetal tissue, while not technically laws, could easily be considered a TRAP law in everything but name, since they don’t forbid women from seeking out abortions outright, but place an unnecessary, and in some cases critical, obstacle in their way. Currently, normal medical waste procedures are used to dispose of aborted fetal tissue. Requiring funerary services, like cremation or burial, for those tissues would impose high costs on clinics that provide abortion services, who would be forced to pass on these costs to the women coming in to receive the procedure. The rules state that the remains must be buried immediately after the abortion has performed, or buried or scattered after cremation. Planned Parenthood has estimated that the costs for those clinics could double or even quadruple, meaning the cost of an abortion, which already varies between $300 to $950 depending on location and type of abortion received, could increase by hundreds of dollars for women. Since federal funds cannot be used to pay for abortion procedures pursuant to the Hyde Amendment, low-income women already having difficulty paying for an abortion will be met with another financial burden — one they might not be able to shoulder. Additionally, the emotional impact of having to go through the motions of a burial or cremation might be harmful to women already dealing with feelings of guilt and shame.

While the women seeking abortions are the ones who will have to deal with the financial difficulties that these new rules will impose on them, abortion clinics and other providers aren’t exactly safe, even if their patients are able to pay for more expensive abortions. Technically, if no companies who offer burial or cremation services will work with these clinics or providers, they will be forced to close their doors and shut down. The only other option would be to provide these services themselves, and many of these clinics do not have the operational or logistical capabilities to provide funerary services the way a hospital might. As of a 2015 count, there are only 13 facilities providing abortions in Texas confirmed to still be open and active. That number could easily dwindle down to single-digits if the anti-abortion advocates behind these regulations have their way.

These new regulations are scheduled to go into effect on December 19th of this year. The Center for Reproductive Rights, whose goal for more than 20 years has been to “[use] the law to advance reproductive freedom as a fundamental human right,” has said that they are planning to mount a legal challenge to the regulation, most likely by claiming it places an undue burden on women seeking abortion, in the coming weeks. Two similar TRAP laws were recently struck down by the US Supreme Court for that very reason, so perhaps this law will eventually be wiped off the books.

You can support their work by reaching out to legislators in Texas and voicing your discontent and outrage at this blatant attack on women’s reproductive rights. Here’s a link where you can find information about current members of the Texas Senate, Texas House of Representatives, and the Texas delegation to the US Senate and US House of Representatives. Call, e-mail, write, spam. Feel free to harass the hell out of them — they sure don’t seem to mind harassing women. 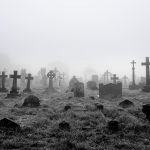