Losing weight is one of the most popular New Year’s resolutions — possibly to give yourself an excuse for some New Year’s Eve overindulgence.

“I’m going to cram it all in tonight, so tomorrow I start afresh,” jokes registered dietitian Connie Diekman, a nationally known food and nutrition consultant.

But those waking up bleary-eyed on New Year’s Day will find themselves facing a bewildering array of fad diets and quick weight-loss schemes.

Which would be best for you?

In large part, it’s going to be the diet that you can incorporate into your everyday life to improve your health rather than lose weight, Diekman said.

“Yes, it takes time. But remember, this is about your health. It’s not about the weight. It’s a healthy you,” Diekman continued. “Because if you lose 10 pounds, 20 pounds, 30 pounds, but it was muscle mass and not body fat, it didn’t do you any good.”

Also remember that weight loss requires that you take in fewer calories than you burn in a day, regardless of the diet you adopt, said registered dietitian Samantha Heller, host of a popular health and nutrition show on SIRIUS-XM satellite radio.

However, the diet must also meet your nutritional needs or you won’t be able to sustain it, Heller added.

Nutrients “all work together as a team to keep us healthy in very complicated chemical cascades in our body,” Heller said. “And you’re reaching and maintaining a healthy weight and lifestyle you can keep forever. That’s what happens when something works.”

One diet craze, intermittent fasting, requires that people only eat during specific hours of the day, or drastically limit their calorie intake on certain days of the week.

Intermittent fasting can be easier to implement than a fad diet because it doesn’t require you to cut out food groups or drastically change what you eat.

“But the question mark is, is it the intermittent fasting piece, or do you eat fewer calories” because you have fewer hours of the day in which to eat, Diekman said. “So it’s kind of one of those things where you juggle it and say it may not be a great option, but it’s probably not a bad option. If it works for you, go for it.”

But your fasting schedule needs to fit your life, Heller said. Make sure that the hours or days in which you eat match your everyday activities.

“Once we’re done with dinner, I think closing the kitchen is not a bad idea,” Heller said. “Some people might call that intermittent fasting. So if we have dinner at 7 p.m., say, from then until you get up for breakfast, that might be your intermittent fast.

“That’s not a bad idea, since so many people sit and snack after dinner and consume a lot of extra calories from all the junk food,” Heller continued.

You’re also doing yourself no good if you restrict the times when you eat but gorge yourself during those eating windows, Heller added.

“Some people are still eating a lot during the period of time they’re allowing themselves to eat,” Heller said.

Consistently, the top two dietary patterns in the United States for the past few years have been the Mediterranean diet and the DASH diet, Diekman said.

The two diets are very similar, and while both can lead to weight loss, neither are focused on dropping pounds as a primary goal, she said.

“You get the health benefit and then the weight loss might be an extra perk as opposed to you focusing only on weight loss and compromising your health because you didn’t get the nutrition you needed,” Diekman said.

The Mediterranean diet has the most science behind it and is touted as a means of maintaining heart health.

The diet is based on the cuisine of countries bordering the Mediterranean and is typically heavy in vegetables, fruits, whole grains, beans, nuts and unsaturated fats like olive oil, according to the American Heart Association. You can also eat low to moderate amounts of dairy products, eggs, fish and poultry.

“DASH does have a fair amount of dairy in it because of the sodium/potassium ratio of dairy. It’s a very good control of blood pressure,” Diekman said. “So you look at DASH and Mediterranean and you see a great deal of similarity. The biggest difference probably is that dairy piece on DASH.”

Diets that require you to reduce or eliminate carbohydrates have been around for decades.

Keto and paleo are the two low-carb eating patterns that currently have the spotlight, but predecessors Adkins Diet and South Beach Diet are still around, Diekman noted.

The paleo diet is similar, but comes at eating from a different direction. Here the idea is to revisit the way humans ate during the Paleolithic era, more than 2 million years ago.

“Paleo is not as extreme” as the keto diet, Diekman said. “It is a reduced carb as well, but it does include more fruits and vegetables.”

It is possible to try a keto or paleo diet in a healthy way, with the assistance of a dietitian to make sure you’re meeting your nutritional needs, Diekman said.

“You could do keto with healthier fats. You don’t have to eat bacon. You can do paleo with healthier fats, get the better-for-you fruits and vegetables,” Diekman said. “I have colleagues who have found that people can do it for a short period of time to help them get control and feel in charge of their eating. Then they can move them to a healthier eating pattern.”

But the problem with these diets is how much they restrict what you can eat, which is likely to require major changes that can’t be maintained.

“They are, for most people, not sustainable. They are generally restrictive in a lot of nutrients that are important for good health and high in nutrients that we don’t want to have a lot of,” Heller said.

“People say, well, they work. I lost weight. And I say, and then what happened? And they’re like, well, I gained the weight back. To me, that didn’t work,” Heller said.

Another elimination-type diet is the Whole 30 Program, in which participants cut out added sugars, grains, legumes and dairy for a solid month. After that, people can slowly reintroduce different foods back into their diet.

The problem is that foods like beans or low-fat dairy tend to be considered nutritional heavyweights, and cutting them out can affect your health.

“Whole 30 doesn’t have a lot of scientific support,” Heller said. “It may be easy to find these foods, but it’s really hard to implement. I just feel that it’s not a healthy approach to eating.”

Diekman said she had one client, a college student, who tried Whole 30 and wound up with an eating disorder “because of its very restrictive nature.”

Fad diets tend to create a black-and-white mindset in people who are trying them, Diekman said.

The drug took off in a big way for people trying to lose weight — so much so that chronic shortages have plagued both Wegovy and Ozempic, the brand name under which semaglutide is marketed for diabetes treatment.

Semaglutide helps the body make more insulin, which lowers blood sugar levels. It also slows emptying of the stomach, and there is some evidence the drug works on the brain to lower appetite.

But Wegovy was approved specifically for people whose obesity is creating problems for their overall health, not for people trying to lose some pounds in the new year, Diekman said.

The drug is “very effective for those who have significant amounts of weight to lose. They are not designed for dropping 5 pounds, 10 pounds, 15 pounds,” Diekman said. “These two drugs are very helpful tools in the toolbox for those who work with individuals dealing with excess body fat.”

The drugs also create some side effects, like nausea and vomiting, particularly in the beginning.

Even if people are trying semaglutide to lose weight, they need to work with a doctor and a dietitian to make sure they get the nutrients they need, Heller added.

“We don’t want people depending on a medication and still eating poorly,” Heller said. “I think it’s important to remember, we want to be healthy and not skinny. We can be thin and unhealthy.

The U.S. Centers for Disease Control and Prevention has more on losing weight. 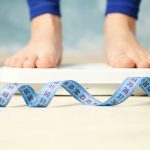