Progress Against Stillbirths Has Stalled in U.S.

U.S. stillbirth rates still need to be tackled at the local, state and national levels because efforts to reduce the risk have stalled, new research claims.

Racial disparities remain as well, with Black women more likely to experience stillbirth (the loss of a baby before or during delivery) than white women.

“Over the last 40 years, we have reduced certain risk factors for stillbirth, such as smoking and alcohol use before and during pregnancy, but these gains have been countered by substantial increases in other risk factors, like obesity and structural racism,” said study lead author Cande Ananth, chief of epidemiology and biostatistics in the Department of Obstetrics, gynecology and Reproductive Sciences at the Rutgers Robert Wood Johnson Medical School in New Jersey.

“Our findings illustrate that past progress has now been offset by these newly identified risks,” Ananth said in a Rutgers news release.

The research team examined stillbirth rates between 1980 and 2020, measuring how a variety of factors shaped trends.

These factors include maternal age; year of death, which could indicate changes in prenatal and intrapartum care; and maternal birth cohorts, which could include social and environmental elements, such as socioeconomic status, education, nutrition and substance use at the time of the women’s birth.

Data came from the U.S. National Center for Health Statistics and included all 50 states and Washington, D.C. They study included more than 157 million live births and nearly 711,000 stillbirths delivered at 24 or more weeks of gestational age.

Total stillbirth rates in the United States declined steadily between 1980 and 2005, a time frame when there were advances in prenatal care and maternal health. The numbers of stillbirths in 1980 were 10 of every 1,000 deliveries. In 2005, there were only 5 per 1,000.

Yet, progress slowed and then stopped: The rate today is about the same as it was more than a decade ago.

Even while numbers improved, stillbirth rates for Black women compared to white women didn’t change during those 40 years, despite efforts to reduce structural racism and increase health care access for women of color, according to the study.

The Rutgers study included a focus on the birth cohort of the mother (a group of people born at the same time who are then followed for several years), in addition to other risks such as age at delivery and social and environmental conditions.

Ananth said the researchers found a strong link between birth cohort and stillbirth risk. “We have age of the mother, year of delivery and the birth cohort. All three factors are time-related and intertwined,” he said.

Reasons that stillbirth rates may have stopped declining could include a national effort in 2009 to reduce elective deliveries before 39 weeks, as well as possibly a slowdown in medical advances and obstetrical intervention to predict or prevent stillbirth.

“I am a firm believer that even one death is one too many,” he said. “Delivering a stillbirth carries so much social and emotional trauma — for the parents, and for the entire society.”

The findings were published recently in The Lancet Regional Health – Americas.

The U.S. Centers for Disease Control and Prevention has more on stillbirth. 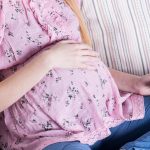