Taking part in certain sports in high school may lead to misuse of prescription stimulants in the years after graduation, a new study finds.

It reported that high school seniors who play contact sports are 50% more likely to abuse prescription stimulants in their 20s. Seniors who take part in any sport are more likely than those who don’t to abuse these drugs, said lead author Philip Veliz, an associate research professor at the University of Michigan School of Nursing.

Seniors who participate in noncontact sports are less likely to abuse prescription opioids over the next decade, but more likely to abuse stimulants than nonathletes, the study found.

“The findings reinforce screening during adolescence as nearly 1 in 3 high school seniors engage in prescription drug misuse,” co-author Sean Esteban McCabe said in a university news release. He is senior director of DASH, the Center for the Study of Drug, Alcohol, Smoking, and Health at Michigan.

For the nationwide study, the researchers collected data on more than 4,770 12th-graders between 2006 and 2017. Students were followed for 10 years.

The investigators looked at contact sports, such as football, ice hockey, lacrosse and wrestling. They also looked at semi-contact sports, including baseball, basketball, field hockey and soccer, and noncontact sports such as cross country, gymnastics, swimming, tennis, track, volleyball and weightlifting.

“Misuse of prescription opioids was higher for respondents who participated in contact sports during 12th grade,” Veliz said in the release. “However, participation in this type of sport was not associated with initiating this type of drug use in young adulthood.”

Veliz said misuse of prescription opioids declined among teens and young adults during the study period because opioids were becoming less available and there was greater awareness of the risks they pose.

Prescription drug misuse of both opioids and stimulants has declined substantially among teens since 2010, Veliz said.

“However, this study found that some types of former high school athletes are at greater risk of misusing these drugs and initiating them during early adulthood [between ages 19 and 21],” he said.

Studies suggest that those who play noncontact sports have better academic records and may see sports as a way to burnish their resumes for college admission. Young adults misuse stimulants because they incorrectly think these drugs boost academic performance, Veliz said.

The findings were published online Aug. 10 in the American Journal of Epidemiology.

The U.S. Centers for Disease Control and Prevention has more about teen drug use. 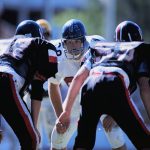