Over five years, the proportion of U.S. breast cancer patients opting for breast reconstruction after mastectomy grew by about two-thirds, a new government report shows.

An analysis of patient data shows breast reconstruction followed 40 percent of breast-removal surgeries in 2014 — up from less than one-quarter in 2009, according to the U.S. Agency for Healthcare Research and Quality (AHRQ).

“This type of information is essential for policymakers and health systems seeking to keep pace with important trends in clinical care,” Gopal Khanna, agency director, said in an AHRQ news release.

The overall increase during the study period was 65 percent, researchers said.

A dramatic rise in reconstruction surgeries also occurred among women without insurance, the data from 22 states revealed.

“This information suggests that many uninsured women were willing to pay for reconstruction surgery out of pocket,” said Anne Elixhauser, a senior scientist at the agency.

Medical, sexual and physical concerns come into play when deciding for or against breast reconstruction, according to the report.

“Medical considerations include concerns that breast reconstruction surgery lengthens recovery time and increases the chance for infection and other postoperative complications,” the authors say.

“Sexual considerations involve the impact of the mastectomy on future sexual encounters. Physical features include how breasts may define femininity and sense of self,” they noted.

The American Cancer Society has more on breast reconstruction. 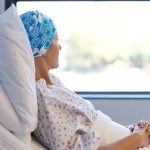