An analysis of urine samples from roughly 300,000 California women finds that more than 7 percent used marijuana while pregnant.

What’s more, rates of pot use in pregnancy have steadily risen over the years — from 4.2 percent of women in 2009 to 7.1 percent just seven years later.

“Use among [pregnant] females younger than 18 to age 24 years increased the most,” added the team led by Kelly Young-Wolff, a Kaiser researcher in Oakland.

Rates of use were highest among the young, and dropped steadily as age rose during pregnancy, the researchers said.

There was one important caveat to the survey: Urine samples were taken at eight weeks of gestation, so pot use might have occurred before many of the women realized they were pregnant. Pot can linger in the system for up to 30 days, the researchers noted.

But the researchers believe that urine samples are likely to provide the most accurate picture of marijuana use in pregnancy, because people tend to hesitate about admitting such behaviors.

Prior U.S. studies had suggested that marijuana use was on the rise in pregnancy, “however, [those] studies are limited to self-reported surveys,” Young-Wolff’s group noted.

Even in the Kaiser study, women’s self-report of marijuana use in pregnancy was considerably lower than that revealed by urine samples.

Why the trend? The growing acceptance of marijuana may be a driving factor, the researchers said.

“In California, medical marijuana was legalized in 1996, and prenatal use may further escalate in 2018 when recreational marijuana is available legally,” the Kaiser team noted.

Whatever the reasons, the findings could be bad news for babies, since “initial evidence suggests that prenatal marijuana may impair fetal growth and neurodevelopment,” Young-Wolff’s group said.

Many women may not understand the potential risk, however. According to one survey conducted between 2007 and 2012, 79 percent of women “reported perceiving little to no harm in prenatal [pot] use,” the Kaiser team noted.

The study was published Dec. 26 in JAMA.

Find out what doctors think about pot use in pregnancy at the American College of Obstetricians and Gynecologists. 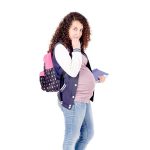