Women in the surgery group lost an average 88 pounds and weighed about 181 pounds at their first prenatal checkup. In addition, their use of diabetes medications fell from 9.7% to 1.5%.

The risk of major birth defects was about 30% lower in children whose mothers had weight-loss surgery than in those of the obese mothers, the findings showed.

The risk of major birth defects was 3.4% in children born to women who had gastric bypass surgery — similar to the 3.5% rate among those born to normal-weight women, the researchers reported.

The risk of major birth defects was 4.9% in children born to the women who were still obese, according to the study published Oct. 15 in the Journal of the American Medical Association.

The findings challenge long-held concerns that weight-loss surgery could increase the odds of major birth defects, according to the researchers.

“This study shows that weight-loss and improved blood sugar control in the mother can actually result in a lower risk of birth defects in the child,” said study author Martin Neovius, a professor of medicine at Karolinska Institute in Solna, Sweden.

“It should help reduce fears that bariatric [weight-loss] surgery increases the risk of birth defects in the event of future pregnancy, assuming that surgery patients take their recommended nutritional supplements,” he said in a university news release.

The American College of Obstetricians and Gynecologists has more on obesity and pregnancy. 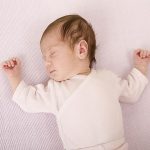