Steroid users, especially teen boys and young men, seem indifferent to the serious side effects and dependency associated with use of the drugs, a new study finds.

“We’re seeing more young adults and adolescent boys engaging in risk behaviors, such as the use of steroids, to achieve what many see as the ideal male body,” said lead author Kyle Ganson, an assistant professor at the University of Toronto’s Factor-Inwentash Faculty of Social Work.

For the study, the researchers analyzed data from more than 2,700 adolescents and young adults in the Canadian Study of Adolescent Health Behaviors.

The investigators found steroid use relatively common: Almost 2% of adolescents and young adults surveyed across Canada reported having used steroids during their lifetime. About 82% of those who used the drugs were male.

Up to one-quarter of steroid users surveyed reported symptoms of dependence on the drugs, including cravings or a strong desire to use steroids again.

One in six said they continued to use them despite recurrent physical or psychological side effects. These side effects included mood changes, insomnia, increased blood pressure, acne and abnormal cholesterol levels.

In addition, 20% said they used more steroids or used them longer than planned.

“Most prior research on steroid use has focused on small samples and unique populations, such as bodybuilders or gym-goers,” Ganson noted. This study investigated steroid use in the community.

The authors called for government funding for more steroid use research, education, prevention and awareness efforts.

“Young people are highly susceptible to body ideals promoted by society, and many will turn to dangerous methods, such as steroids use, to achieve these ideals,” Ganson said in a university news release. “Health care professionals need to be knowledgeable of steroid use, and the effects of such use, particularly among boys and young men, to reduce stigma and ensure that proper intervention and oversight is provided.”

The findings were published online recently in the journal Performance Enhancement & Health.

The U.S. National Institute on Drug Abuse has more on steroids. 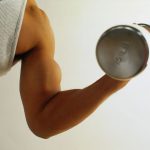