Lifetime of Stress Tied to Big Rise in Cancer Risk

Over time, men and women under chronic stress face a significantly higher risk that they will die as a result of cancer, a new study warns.

The finding comes from an analysis of more than three decades of U.S. data from a federal health and nutrition survey.

After adjusting for a number of influential factors — including race, gender and prior medical history — the researchers found that lifelong stress appears to trigger a 14% rise in risk of cancer death.

Lead author Justin Moore explained that the link owes to a concept known as “allostatic load.”

That’s a measure of cumulative stress, or wear and tear on the body, due to what Moore described as “life course stressors.”

Moore, an assistant professor in the cancer prevention, control and population health program at the Medical College of Georgia at Augusta University and Georgia Cancer Center in Atlanta, noted that allostatic load levels can be measured in hard numbers. To do so, experts look at several key biological indicators that together show precisely how stress affects the body.

Such wear and tear indicators include having a high body mass index (BMI), a key marker for obesity; high blood pressure; high blood sugar or cholesterol levels; and/or high blood levels of a liver-produced protein called albumin. High levels of creatinine, a waste product from normal muscular wear and tear, are also a marker for allostatic load stress, Moore noted, as are high levels of C-reactive protein, a sign of systemwide inflammation.

To see how such indicators — and allostatic load as a whole — might impact cancer deaths, Moore’s team looked over nationwide health survey data collected between 1988 and 2019.

Collectively, the surveys included more than 41,000 adults. More than seven in 10 were white, about 13% were Black and roughly 9% were Hispanic.

Allostatic load levels of all participants were tallied on a 0-to-9 scale, with scores of 3 or more defined as indicative of a “high allostatic load.”

In all, just under half of the participants (nearly 20,000) were pegged as having a high allostatic load. These respondents were more likely to be Black people, older, less well educated and less affluent compared with the low allostatic load group.

The investigators then gauged the link between high allostatic load and cancer death risk in several ways.

For example, after eliminating age as a consideration, a high allostatic load was linked to a 28% higher risk of death due to cancer.

When looking solely at Black and Hispanic respondents, the link was weaker, but the researchers said the relatively low numbers of non-white respondents may have affected that part of the analysis.

Still, when gender, race, age and educational background were also removed from the equation, a higher risk of cancer death was pegged at 21%.

And that dropped to a 14% increase in risk after investigators also accounted for patients’ history of smoking, prior heart attack or previous history of either cancer or congestive heart failure.

Without adjusting for any potential confounders (such as age, race, gender, income and educational level), those with a high allostatic load were 2.4 times more likely to die from cancer than those with low allostatic loads, the researchers reported.

“Cumulative stress is associated with risk of cancer death” across the board, Moore said.

To address that link, Moore said that it would be important to adopt public health and clinical strategies to reduce chronic stress and inflammation. Those might include efforts to destigmatize mental health services as well as “providing culturally sensitive, competent and affordable resources in primary care facilities along the cancer care continuum.”

He added that more research is needed to clarify cancer-specific risks and explore the role of stress in cancer outcomes.

Dr. Jonah Zuflacht is a neurologist at the University of Pennsylvania in Philadelphia.

In 2017, he led a large Columbia University study that identified a similarly strong link between stress and a significantly higher risk of stroke.

As for a specific link between stress, cancer risk and cancer progression, Zuflacht suggested that stress might render the immune system less able to identify and fight off cancer as it develops.

More broadly, he said, the impact of stress is not yet fully understood.

“If anything, it’s probably under-recognized,” Zuflacht said. “Because it does seem like there are a myriad of deleterious effects it can have, whether on the cardiovascular system or on those processes that allow for cancer cells to develop.”

Moore and his colleagues recently reported their findings in the journal Population Health.

There’s more about stress and health at the American Psychological Association. 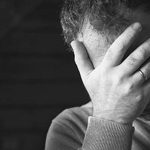