Is My Child Too Skinny? Advice on When to Be Concerned

While childhood obesity gets a lot of attention, some kids struggle with the opposite issue — they have trouble gaining weight.

So, how can parents know if their child is “too skinny?”

While the best resource is likely a child’s pediatrician, experts have also weighed in on the topic.

“Underlying health conditions can result in children and adolescents being underweight. Additionally, underweight can indicate malnutrition,” the U.S. Centers for Disease Control and Prevention noted in a recent study about the prevalence of underweight kids in the United States.

Just over 4% of children and adolescents aged 2 to 19 were underweight in the United States in 2018, according to the study.

To help figure out if your child is too skinny, here’s what to know.

Children are considered underweight when their body mass index (BMI) is below the 5th percentile for their age and gender on growth charts, according to the CDC study.

If a child is underweight, the pediatrician may ask more about medical history or could order testing to check for undiscovered health issues, Dr. Gary Kirkilas, a general pediatrician at Phoenix Children’s Hospital, explained in a recent American Academy of Pediatrics article.

“Children below the 5th percentile could have a nutritional shortfall — either not taking in enough calories or burning up more calories than they are getting, or both,” Kirkilas said. “There are also medical conditions and medications that can cause kids to gain or lose weight more easily. Most children have multiple contributing factors to their body weight.”

Parents can watch for several signs that their child may be underweight, pediatric registered dietitian Jennifer Hyland said in a recent Cleveland Clinic article.

Signs that a child may be underweight include declining on the growth chart at annual pediatric visits.

Other concerns would be that they’re not outgrowing clothes each season. Their ribs may also stick out, Hyland added.

It’s possible that kids in that 5th percentile range could be short on nutrients — either not eating enough or burning more than they’re eating, the AAP said.

Health issues that can cause a child to be underweight include food allergies, hormonal or digestive problems or medications, such as those used to treat attention-deficit/hyperactivity disorder (ADHD), according to the Cleveland Clinic story.

Hectic sports schedules for older kids may also contribute to being underweight.

And diet also makes a difference: In a recent study in the journal Pediatrics on meat-free diets, vegetarian children were about twice as likely to be underweight, though 94% of the 9,000 kids in the study were not underweight.

It may also simply be that your child is a picky eater, according to the Cleveland Clinic.

This is more of a trait than a phase, according to a recent study published in the journal Pediatrics.

While 29% of the 300 kids in that study ate all foods offered, about 14% were considered picky. None of the kids in that particular study were underweight.

Still, “it can be very stressful for parents to deal with a picky eater,” senior researcher Dr. Megan Pesch, a pediatrician at the University of Michigan’s C.S. Mott Children’s Hospital in Ann Arbor, said at the time.

Instead, she suggested adding olive oil or other healthy oils and nut butters.

For anyone aged 2 and up, a healthy meal pattern will include a variety of fruits and vegetables, whole grains, fat-free and low-fat dairy products, protein foods and oils, according to the CDC, which also noted that “empty calories” make up about 40% of children’s diets. Sodas and desserts were among the big offenders.

How can you help skinny kids gain weight in a healthy way?

Keep meals and snacks nutrient-rich, advised the Academy of Nutrition and Dietetics.

Good protein sources also include eggs, bean soups and hummus, according to the academy. Add avocado slices to burgers and salads. Smoothies can boost calories and be loaded with nutrients.

“If your child is getting enough calories but still does not seem to be gaining weight appropriately, continue to work with [your] doctor to discover any underlying conditions,” the academy noted. “Chances are good, though, that with some patience and conscientious meal and snack plans, your child will strike a healthy height and weight balance.” 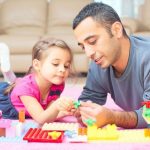