Infections During Pregnancy Show No Causal Link to Autism

Research has suggested that kids born to moms who had the flu or another infection during pregnancy may be more likely to have autism, but a new study implies infection may not be the cause after all.

“We found no evidence to suggest that infections contracted by mothers during pregnancy would cause autism in the child,” said study author Martin Brynge. He’s a doctoral student in the global public health department at Karolinska Institute in Solna, Sweden.

“Our findings can reassure expectant parents that common infections, such as the flu, during pregnancy do not seem to increase the children’s risk of autism or learning disabilities,” Brynge added.

Affecting about 1 in every 54 children in the United States, autism spectrum disorder is an umbrella term for a range of developmental disorders that affect the ability to communicate and relate to others, according to the U.S. Centers for Disease Control and Prevention.

When researchers compared siblings, those exposed to an infection during pregnancy were no more likely to develop autism than their brothers or sisters who weren’t exposed. In addition, women who had an infection a year before they became pregnant were linked to a similar autism risk as infections during pregnancy, but not linked to risk of intellectual disability.

Taken together, these findings suggest that it’s likely not the infections during pregnancy that increase the risk for autism in kids. Instead, moms of children with autism appear to be more susceptible to infections in general, not just during pregnancy, the researchers said. (For tips on preventing infections, click here.)

The study comprised a broad range of infections, and the results were similar across infection types and trimesters of pregnancy.

The research was conducted before the global COVID-19 pandemic. “Future studies ought to investigate the potential effects of COVID-19 specifically, identify any potential causal and modifiable environmental factors acting during pregnancy, and also examine the causes of the increased incidence of infections among mothers to children with autism,” Brynge said.

The study does not contradict well-established links between some specific viral infections during pregnancy, such as cytomegalovirus infection (CMV) and rubella (German measles), and the risk of serious developmental conditions in children, Brynge noted.

The findings were published Sept. 7 in The Lancet Psychiatry.

Melody Zeng is an assistant professor of immunology at the Institute for Children’s Research at Weill Cornell Medicine in New York City.

“This study argues against a direct causal relationship between maternal infection during pregnancy and defective neurodevelopment in children,” said Zeng, who was not involved in the research.

“General health of the mothers due to genetic factors or environmental/dietary factors might be a more important determinant of the risk of autism in the offspring [than infections during pregnancy],” she said.

It’s possible that women who are more susceptible to infections in the first place might be more likely to have kids with autism, Zeng said.

But the jury is still out. “These are implications, not definitive evidence,” she said.

Autism Speaks has more on what might cause autism. 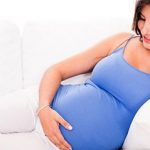