Moderate exercise is known to improve blood pressure — and that may include activities that are more exotic than a brisk walk, two preliminary studies suggest.

In one, researchers found that “hot” yoga classes lowered blood pressure in a small group of people with modestly elevated numbers. In the other, hula dancing showed the same benefit for people who had stubbornly high blood pressure, despite medication.

Experts said the findings underscore the importance of exercise when it comes to blood pressure — and the value of finding an activity you enjoy.

Hot yoga classes are held in a room that’s heated — usually to about 105 degrees Fahrenheit, though some centers keep the temperature less extreme. The practice is often touted as having health benefits, such as cleansing “toxins” from the body via sweat.

For the study, Stacy Hunter and her team at Texas State University recruited 10 adults, ages 20 to 65. All participants had mildly elevated blood pressure: Their systolic pressure (the “top” number) ranged between 120 and 139 mm Hg, and their diastolic pressure was 89 mm Hg or lower. (Readings below 120/80 are considered normal.)

Over the 12 weeks, those who did yoga saw their systolic pressure decline from an average of 126 to 121 mm Hg. Their diastolic pressure dipped by three points, on average — from 82 to 79 mm Hg.

A 10-person study is obviously small, she noted, and the comparison group did not exercise.

“It would be interesting to compare hot yoga to other types of yoga,” Bauman said. That, she explained, would help sort out whether there is something special about hot yoga — or if the benefit is the same with yoga in general.

Besides being a physical activity, Bauman said, yoga includes breathing practices and meditation, and may help relieve stress. In fact, Hunter’s team found that people who took hot yoga classes reported improvements in their levels of “perceived stress.”

Hunter agreed that this study is a beginning and that questions remain — including whether non-heated yoga results in similar blood pressure changes.

In theory, Hunter said, the heat itself could be beneficial, since sauna therapy has been shown to improve blood vessel dilation and blood pressure. But in a previous study, she noted, her team found that both hot and non-heated yoga had similar effects on blood vessel function.

There also are safety questions when it comes to exercising in a hot, humid environment, Bauman said. People in this study did not have heart disease, and had only modest elevations in their blood pressure numbers.

“If you do have significant hypertension,” Bauman said, “you’d need to speak with your doctor before trying hot yoga.”

Hunter agreed. She pointed to a concern that has yet to be studied in relation to hot yoga: For people with high blood pressure, there could be a sudden spike in blood pressure when they go from the hot practice room to a lobby that could be up to 30 degrees cooler.

Hunter was scheduled to present the findings at an AHA meeting this week, in New Orleans. Research presented at meetings is typically considered preliminary until published in a peer-reviewed journal.

In the other study, also presented at the meeting, University of Hawaii researchers led by Joseph Keawe’aimoku Kaholokula tested the effects of traditional hula dancing on high blood pressure.

They recruited 263 Native Hawaiians whose blood pressure had remained high despite medication. All received information on diet, exercise and managing medications. After that, they were randomly assigned to either take hula dance classes — twice a week for three months, then once a month for three months — or go on a waitlist.

In the end, the hula dancers curbed their blood pressure to a greater degree — by about 3 points more, on average. They were also more likely to cut 10 points or more from their systolic pressure: 60% did, compared to 48% of others.

Again, Bauman said, there’s the question of what exactly brought the extra benefit. “Is it the hula dancing, or the social support that came from taking classes?” she noted.

The bottom line, according to Bauman, is that people should find physical activities they enjoy and can sustain for the long haul.

The American Heart Association has advice on exercising to lower blood pressure. 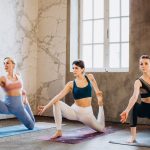