Homicide a Leading Cause of Death for Pregnant U.S. Women

It’s not high blood pressure, hemorrhage or sepsis that is more likely to kill pregnant women — it’s their husbands and boyfriends.

Homicide is a leading cause of death in pregnant women in the United States, and the risk is growing, researchers warned in a new study published Oct. 19 in the BMJ.

It’s “a shocking situation linked to a lethal combination of intimate partner violence and firearms,” the researchers said in a journal news release. They were led by Rebecca Lawn, a postdoctoral research fellow at Harvard T.H. Chan School of Public Health in Boston.

Ending male violence in the United States, including gun violence, could save the lives of hundreds of women and their unborn children every year, the investigators said.

Intimate partner violence is common worldwide, with 1 in 3 women experiencing physical, sexual or psychological abuse from a partner during their lifetimes.

The problem is even worse in the United States, which has a higher prevalence of both past-year and lifetime intimate partner violence than other high-income countries. Researchers said the U.S. situation is very serious and deteriorating.

Between 2008 and 2019, about 68% of homicides in pregnancy involved firearms. Black women were at substantially higher risk of being killed than white women or Hispanic women. Rates of domestic homicides are also associated with state-level rates of gun ownership and firearms legislation, the authors said.

Few people accused of intimate partner violence are ever convicted, the authors said, noting many loopholes allow access to firearms.

And, they added, women may be facing more risk because of the recent dismantling of reproductive rights in the United States.

Controlling a woman’s reproductive choices is common in intimate partner violence. Restricting access to abortion may worsen the risks in abusive relationships.

Pregnancy is also a time for screening and intervention, because women have more interactions with health care providers. These interventions may help stop a pattern of abuse that could lead to homicide or adverse health outcomes, researchers said, but they must accompany urgent work to reduce all forms of violence against women.

Research on how to identify risk factors for homicide in pregnancy is also critical to prevention efforts, the researchers added.

The National Domestic Violence Hotline has resources for people experiencing abuse by an intimate partner. 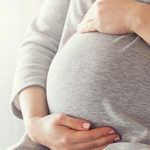