Lithium, a drug commonly used to treat bipolar disorder, is linked to an increased risk of heart malformations in babies born to women taking the drug during pregnancy. But new research says the risk is smaller than once believed.

In a study of more than 1 million pregnant women, researchers found that those who took lithium during the first trimester of pregnancy had a twofold increase in the risk of heart malformations compared to women who didn’t take the drug. That works out to about 1 additional case of heart problems per 100 births, the researchers said.

The higher the dose of the drug, the greater the chance of heart malformations, the researchers said.

“The size of the association was substantially smaller than originally proposed by the International Register of Lithium Babies in the 1970s,” Patorno said.

These findings can help guide treatment decisions for pregnant women with bipolar disorder, she said.

“In light of this new information, clinicians and patients may decide to reconsider the balance between the relatively small increase in the risk of cardiac malformations and the comparative benefits of lithium versus other mood-stabilizing strategies in deciding whether or not to prescribe and use lithium in women of reproductive age or pregnant women,” Patorno said.

Women who take lithium shouldn’t discontinue their treatment while pregnant, she said.

Doctors need to discuss the benefits of lithium with their patients, as well as the relatively small increase in the risk of heart malformations linked to the drug. These risks and benefits need to be compared to other available alternative mood-stabilizing strategies, Patorno said.

“Women of childbearing age with bipolar disorder who are pregnant or who are planning to become pregnant should speak with their doctor to discuss what the best option is for them and their baby,” Patorno said.

The risks associated with lithium when used in early pregnancy have been known for many years, said Dr. Mitchell Kramer. He’s chairman of obstetrics and gynecology at Northwell Health’s Huntington Hospital in Huntington, N.Y.

“Some studies suggested a 400 percent increased risk for heart abnormalities among infants expose to lithium,” Kramer said. But this study found a much smaller risk.

“You still need to use judgment when you are thinking about keeping patients on lithium,” Kramer said.

“Some patients, if they don’t take lithium they really have major psycho-emotional disturbances,” he explained.

This study provides some comfort that patients who need lithium can stay on it during pregnancy, Kramer said.

“None of the other drugs are as effective as lithium,” he said. “There are patients, and I’ve had them, who don’t do well without lithium.”

Before this study, Kramer told patients who were taking lithium to stop taking it and get on another drug because of the risk to their baby.

“But now I would have a more open conversation about staying on the drug,” he said. “If your psychiatrist thinks you would have a major problem if you went off lithium, then it’s not unreasonable to stay on it.”

The new study included information on more than 1.3 million women enrolled in Medicaid. They gave birth between 2000 and 2010.

The researchers looked for incidents of infants exposed to lithium in the first trimester. They compared these babies with those exposed to lamotrigine (Lamictal), an anti-seizure drug also used to treat bipolar disorder.

Just over 15,000 (1.2 percent) of the 1.3 million infants who weren’t exposed to either drug had a heart malformation.

The report was published June 8 in the New England Journal of Medicine.

For more on infant heart defects, visit the March of Dimes. 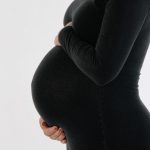