Half of Americans Trying to Slim Down

In a country where four out of 10 adults are obese, it’s probably good news that half of U.S. adults say they’ve recently tried to shed some pounds.

They did this most often through exercise, cutting calories and eating their fruits and veggies, according to a new government survey that tracked Americans’ weight-loss attempts between 2013 and 2016.

Overall, 49 percent of respondents said they’d tried to lose weight in the past year — including two-thirds of those who were obese.

As of 2016, almost 40 percent of American adults were obese, according to researchers with the U.S. Centers for Disease Control and Prevention’s National Center for Health Statistics (NCHS).

So it’s important to know how many Americans are trying to lose weight — and how they’re doing it, said Kirsten Herrick, a senior research fellow with the NCHS who worked on the study.

There were some positive signs, said a registered dietitian who wasn’t involved in the research.

The most common weight-loss methods were exercise and eating less — each reported by 63 percent of people aiming to shed pounds. And half said they were eating more fruits, vegetables and salads.

“The good news is that people seem to recognize that weight loss is about changing habits, not quick-fix diets,” said Connie Diekman, director of university nutrition at Washington University in St. Louis.

Regular exercise can improve your overall health, and may aid in weight loss, Diekman noted. But, she said, people need to make lasting changes in how they eat, rather than try fad diets.

The report was based on a nationally representative sample of Americans aged 20 and older. Many people said they’d tried to lose weight in the past year, though the figures varied among different groups.

Women were more likely than men to have aimed for weight loss (56 percent versus 42 percent), the findings showed.

Income made a difference as well, with wealthier men and women significantly more likely to say they tried to slim down.

It’s possible, Herrick said, that the disparity could reflect the barriers low-income Americans can face when it comes to losing weight — like having the time and place to exercise, or being able to afford healthy food.

But, she added, it’s impossible to know from this survey.

Besides turning to exercise and veggies, survey respondents also commonly said they’d cut down on junk food and fast food, and tried to limit sugar. Many said they “drank a lot of water.” The vast majority of people who tried to lose weight said they’d used at least two tactics.

What’s not clear is how often those efforts paid off.

Diekman pointed out that the “report provides a glimpse of what Americans are doing to achieve a healthy weight, but what it does not show is how individuals are doing.”

Since most Americans are overweight or obese, she added, doctors and other health providers should be asking people about how they view their weight and their health.

If you need help managing your weight, Diekman suggested talking to your doctor, who may refer you to a dietitian.

Having a plan that is “practical, achievable and maintainable” is key, she said.

The report was published July 12 in the CDC’s NCHS Data Brief.

The U.S. National Heart, Lung, and Blood Institute has advice on achieving a healthy weight. 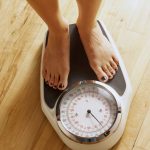