Capitalism is thought to bring out the best in workers, but there’s a dark side to tying a person’s everyday efforts to their weekly paycheck.

Folks relying on short-term, freelanced office jobs, or jobs where pay is linked to hustle — depending largely on tips, commissions and bonuses — may often suffer poor health related to their financial insecurity, new research has shown.

Those symptoms grow worse as a person’s finances become more unstable, Sayre said, and the amount of savings they might have on hand seems to provide no solace.

“There’s a lot of research looking at how performance-based pay, commission-based pay, piece-rate based pay leads to higher levels of motivation or higher levels of performance. That’s been sort of fairly well-established, and that’s one of the reasons why these pay practices have become popular,” Sayre said.

“But there are some costs to these types of pay arrangements, and we need to consider them in addition to the performance benefits they bring,” he added. “They also have these health costs.”

Millions of Americans are in jobs where they can’t count on a steady salary.

Another 4.8 million work for tips as waiters, hair stylists, taxi drivers and nail technicians, and nearly 15 million work at desks in sales jobs where commissions and performance bonuses are the rule.

The problem is that these people aren’t fully in control of what they make, Sayre said. They can be incredibly talented and put in a lot of work, but their efforts can be easily undermined by a tight economy, a business dry spell or a cheapskate customer who won’t tip.

To see how unstable pay might affect these workers, Sayre conducted a series of three studies.

In the first, he asked 85 U.S. workers who rely on tips to answer daily online surveys for two weeks about their total daily pay and health.

Participants said tips accounted for a quarter of their total income on average, but they only received tips 4 out of 5 work days.

“Tipped workers who experienced more volatility in their pay over the two weeks that I followed them also tended to report more physical symptoms at the end of those two weeks,” Sayre said. “Things like headaches, stomach aches, backaches, eye strain. And they also reported more symptoms of insomnia.”

To find out why this is happening, Sayre conducted another study of 375 workers with Amazon’s Mechanical Turk, a website where gig workers are paid small fees for piecemeal tasks.

The participants completed weekly surveys for three weeks, with health findings similar to the study on tipped workers.

Sayre found that MTurk workers who experienced extreme swings in pay tended to develop what he calls a “scarcity mindset.”

“That’s referring to financial worry, financial rumination, worrying about having enough money to make ends meet, worried about being able to cope with unexpected bills, that sort of thing,” Sayre said.

Beyond the toll taken by stress, people constantly preoccupied by financial worries tend to neglect other factors in their lives that are important to their health, he said.

“You’re focused on remedying that source of scarcity, whether it’s earning more money by working more, whether it’s trying to find other sources of income, or whether it’s focused on budgeting more to save money,” Sayre said. “And you’re not so worried about eating a healthy dinner or getting your hour of exercise that day because you have basically more pressing issues on your mind.”

However, one question remained: Is this a phenomenon only seen in people who are scraping by, or does it affect anyone whose paycheck depends on factors outside their control?

To address that, Sayre conducted a third study involving 252 higher-income employees in finance, marketing and sales, who answered monthly surveys for three months. These people tended to be heathier when their pay was less reliant on commissions or bonuses, he found.

“The relationship is somewhat weaker among these employees that are earning more money, but for people who are highly reliant on volatile forms of pay — in other words, their monthly commission makes up 40% or 50% or 60% of their total take-home pay — for those people, I still see this relationship where more volatility predicts more physical health symptoms,” Sayre said.

Interestingly, the amount of savings a person had no effect on the stress caused by the scarcity mindset, Sayre found.

People also weren’t able to counter their pay-related worries by using techniques like mindfulness, a practice in which people alleviate stress by focusing on the present moment.

“I was surprised — and not, at the same time — that mindfulness didn’t really impact on it,” said Dr. Philip Muskin, a professor of psychiatry at Columbia University Irving Medical Center in New York City. “Because being mindful in your approach to things doesn’t pay the bills, and paying the bills for many people is very scary.”

It’s not just waiters, car salespeople or ad execs who are likely to feel the effects highlighted by Sayre’s research, Muskin suspects. Even professionals like doctors and lawyers are under pressure to see more patients or run up more billable hours, with their pay depending on how fast they hustle, he said.

“I think this is not just applicable to gig workers or people sort of at the lower end of income earning. I think this is throughout our society,” Muskin said. “And yeah, maybe people who are earning $1 million a year and they didn’t get as big a bonus, I’m not going to feel so badly for them, but I treat people like that, and you know, it makes them anxious, too.”

These study results align with what’s already known about “people having basic psychological needs to feel in control, to feel autonomous and to be able to sort of predict their environments,” said Mindy Shoss, an associate professor of industrial/organizational psychology at the University of Central Florida.

“It’s this inability to predict and control something as important as the amount of money you take home at the end of the day that really matters,” she said.

Based on these results, businesses should reconsider whether performance-based pay really helps their bottom line, Sayre said. They might get more out of workers who have stable compensation.

“It matters how dependent we are on volatile sources of pay,” Sayre said. “So basically, if you’re working a sales job and 80% to 90% of your pay comes from a steady salary, and you get a small commission or performance based bonus that makes up the other 10% to 20%, that’s not so bad. You can handle volatility when it makes up a relatively small proportion of your pay.”

The real problem is when people are highly reliant or entirely reliant on this “volatile” base of pay, he said.

“Organizations could keep these pay systems if they want, but just reduce employees’ reliance on them and try to increase more predictable and stable levels of pay,” Sayre said.

Muskin gave the example of a New York restaurant that did away with tipping, essentially raising its meal prices and doling out the extra charge equitably among all its workers.

“That is a solution at the corporate level, where you alter the pay arrangement so that people are not as dependent upon commissions, bonuses and tips,” he said. “But then you still need some sort of incentive process so they don’t say, ‘well, I’m getting paid for this so I don’t have to work as hard.'”

Muskin pointed to the need to be creative.

“There are systems that could be created if companies chose, where employees had a vested interest in the effort they put in so their pay was guaranteed, but their level of work is also reciprocated,” he said.

The new study was published Dec. 8 in the Journal of Applied Psychology.

The Mayo Clinic has more about how stress affects your health. 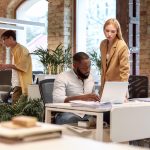